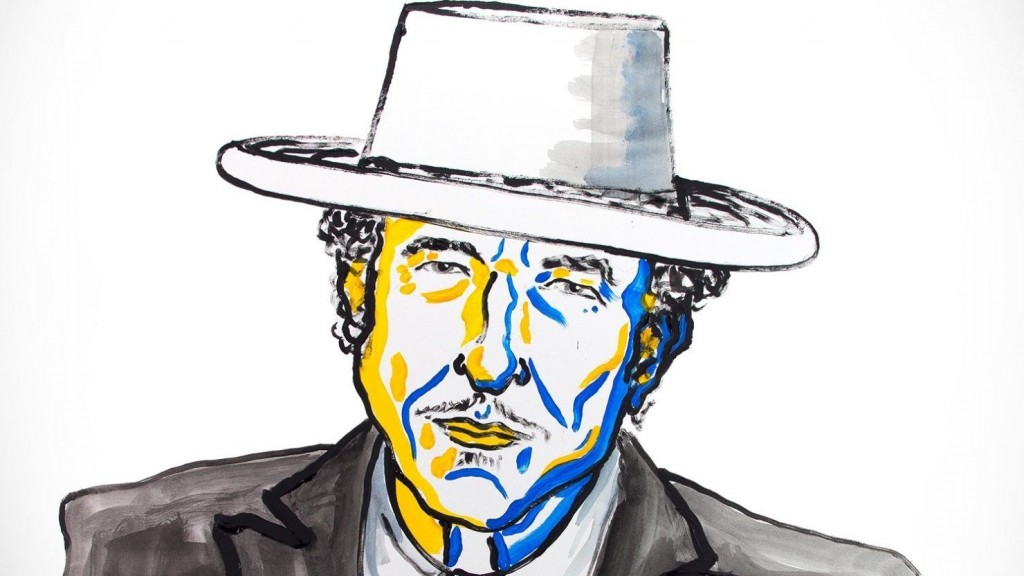 I’ve never been a Bob Dylan fan. I always thought he got more credit than he deserved early in his career, making his name by stealing and performing other people’s work. (Fans may differ in their assessment of Dylan’s early years.)

His close association with the Baby Boomers – he’s been labeled the spokesman for their generation for as long as he’s been around – leaves a sour taste in my mouth given how readily that already privileged group traded their youthful idealism for selfish comfort and materialism.

Dylan’s own career arc, from leftie-folkie protest singer to corporate shill, licensing his music to the likes of Apple, Pepsi, Google, Kohl’s, Chrysler and other carmakers, and Victoria’s Secret, to name but a handful, perfectly mirrors his generation’s transformation.

And I cannot stand the man’s singing voice.

But … Dylan could write songs. Transcendent songs. That’s why he was awarded the 2016 Nobel Prize for Literature, in recognition of the beauty, power, and artistry behind his lyricism. As the Nobel Committee put it, the prize is “for having created new poetic expressions within the great American song tradition.”

Yesterday, Dylan’s Nobel Lecture was released. It provides fascinating insight into how he understands his influences and his acceptance of the idea that his lyrics in fact constitute literature after all. It also shows off the poetic expression for which he is rightly honored.

By listening to all the early folk artists and singing the songs yourself, you pick up the vernacular. You internalize it. You sing it in the ragtime blues, work songs, Georgia sea shanties, Appalachian ballads and cowboy songs. You hear all the finer points, and you learn the details.

You know what it’s all about. Takin’ the pistol out and puttin’ it back in your pocket. Whippin’ your way through traffic, talkin’ in the dark. You know that Stagger Lee was a bad man and that Frankie was a good girl. You know that Washington is a bourgeois town and you’ve heard the deep-pitched voice of John the Revelator and you saw the Titanic sink in a boggy creek. And you’re pals with the wild Irish rover and the wild colonial boy. You heard the muffled drums and the fifes that played lowly. You’ve seen the lusty Lord Donald stick a knife in his wife, and a lot of your comrades have been wrapped in white linen.

I had all the vernacular all down. I knew the rhetoric. None of it went over my head – the devices, the techniques, the secrets, the mysteries – and I knew all the deserted roads that it traveled on, too. I could make it all connect and move with the current of the day. When I started writing my own songs, the folk lingo was the only vocabulary that I knew, and I used it.

But I had something else as well. I had principals and sensibilities and an informed view of the world. And I had had that for a while. Learned it all in grammar school. Don Quixote, Ivanhoe, Robinson Crusoe, Gulliver’s Travels, Tale of Two Cities, all the rest – typical grammar school reading that gave you a way of looking at life, an understanding of human nature, and a standard to measure things by. I took all that with me when I started composing lyrics. And the themes from those books worked their way into many of my songs, either knowingly or unintentionally. I wanted to write songs unlike anything anybody ever heard, and these themes were fundamental.

The entire lecture is worth reading. Or better yet, listen to Dylan read it himself.

I’ve mentioned to people off and on that one of the things I do for fun is sing a kind of music called Sacred Harp, or shape-note singing. This usually elicits a polite smile and a “that’s nice” sort of response. Basically, unless they are a bigger music geek than the norm, most people have no idea what it is I’m talking about.¹

In the proto-version of this blog, back in the days when Facebook notes were a thing, the very first note that I posted was about Sacred Harp singing. I had come across a short article online that  laid out some of the basics of the music, its roots, traditions, and modern practice.

The link is now dead, so I can’t direct you to the piece, but here’s a short excerpt:

The Sacred Harp repertoire draws upon late 18th- and 19th-century hymns from the Christian tradition. These fuguing tunes are set to four-part, archaic harmonies that hint of medieval “organum,” with strong fifths and frequent note doubling. Performing them is an exercise in musical democracy. Each participant gets a turn at leading a song and making important musical decisions.

Shape-note singers sit or stand in a hollow square, which to Jessica Beers, chairperson of Portland’s All Day Singing, “is a living manifestation of the ‘different but equal’ axiom. The notation makes it possible for anybody to learn how to read the music, and the community makes it welcoming for anybody who is interested in participating in the tradition as we know it.”

It’s important to point out that this is not a performance tradition, but rather a social and spiritual one. When we get together, whether in a small local monthly session or in larger all-day singings, we sing for ourselves, for each other, for all those who came before us in this tradition, and for all those who will come after.

While the music is Christian in its theology, singers today come from all religious backgrounds and none. All are welcome. It is an inclusive tradition.

In the Sacred Harp community we are admonished to “bring nothing to the square that divides us.” Whatever our differences in religion, race, gender, sexual orientation, economic class, social status, or political beliefs, when we come together we sing as one.

To give you an idea of what this music is like, check out the videos below.

This first is the trailer from the documentary film, “Awake My Soul.” In the 11 years that I’ve been singing this music I’ve had the honor to get to meet, sing with, and become friends with some of the folk featured in the film and who appear in the trailer.

This next one is from the 2017 Ireland Sacred Harp Convention held in Cork. While this is an American musical form, in recent years the music has spread abroad with regular singings in Canada, Ireland and the UK, Germany, Poland, Sweden, France, Australia, Japan, South Korea, and even Israel.

This next one is from the 2016 Michiana Convention held each July outside of Goshen, IN. This clip picks up with a song being led by my daughter, Sarah, who started coming to singings with me soon after I started in 2006. Now that she’s in college in Tennessee, not far from the epicenter of the living Sacred Harp tradition in northeastern Alabama, she sings nearly every week.

This last is once again from our singing friends in Ireland, from their 2012 convention. I picked this because the song, Consecration, is one of my favorites, and this recording captures beautifully the power of the music.

For those who want to learn more, the place to start is fasola.org. From there you can learn all about this form of early-American sacred music and find locations for singings. In my part of Michigan, the largest monthly is at the Ark in Ann Arbor, every second Sunday of the month (except for July and August). We sing in my town of Lake Orion on the fourth Sunday, and there are also regular monthly singings in Detroit, Kalamazoo, and Lansing.

Singings are always open to the public, and no experience is necessary. You can learn more about Detroit-area and Michigan singings at the Detroit Sacred Harp website.

If you’re in the Detroit area tomorrow (Saturday, April 22) and want to experience this for yourself, the first Detroit All-Day Singing will be held at the Cathedral Church of St. Paul on Woodward Avenue starting at 9:30 a.m. All are welcome.

¹I also play the banjo, but that’s a tragic tale for another time. 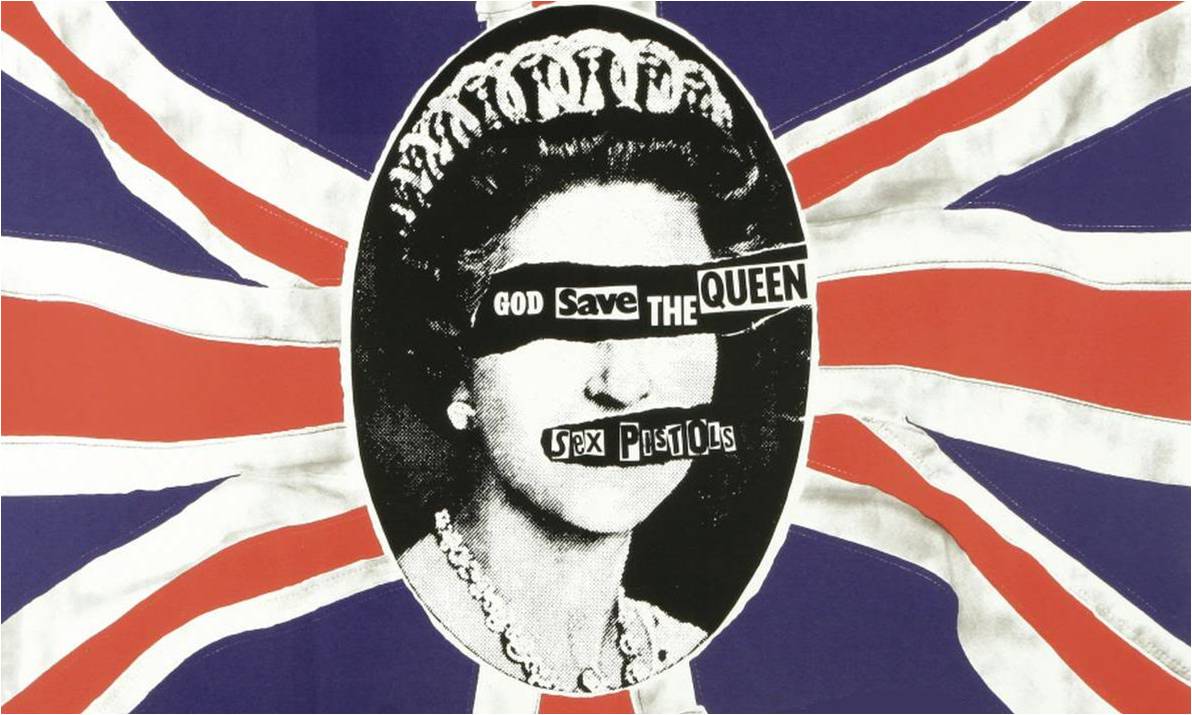 Today is St. Patrick’s Day, a day when Americans of varied ethnicities celebrate an Irish saint by mistaking four-leaf clovers for shamrocks and getting wasted on bad beer dyed an unnatural shade of green.

For most of my adult life this is a day I never paid much attention to. Too many rookie drinkers at the bars here to make it all that much fun. Unless, that is, you’ve got friends playing music at one of those bars, and then the story is different.

One of the things I love about the research trips I make to Northern Ireland is that I’ve come to know and become friends with some astonishingly good traditional Irish musicians.

So in honor of St. Patrick and my friends in Belfast, here are videos of some of the folks I’ve gotten to meet, play a tune, raise a glass, and enjoy the craic¹ with. Ól, ceol, agus craic!²

¹Craic is an Irish word for news, gossip, fun, entertainment, and enjoyable conversation. In short, good times. Often used with the definitive article — the craic — as in “What’s the craic?” meaning “What’s going on?” or “Enjoying a bit of the craic” meaning a pleasant time out with friends and acquaintances.

²Drink, music, and a good time!