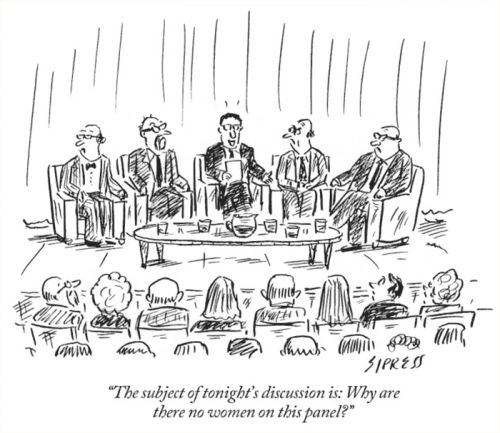 I’m in Baltimore for the annual meeting of the International Studies Association, a four-day  research conference when the sharpest minds in my profession come  together in the dead of winter to share their latest work.

If you must, you can follow the fun on Twitter. Just search for #ISA2017 and let the hilarity ensue.

Since I’ve been here all of four hours now, it’s time to post some initial thoughts and give a look at the week ahead:

Women will be woefully underrepresented on virtually every panel over the next four days. Despite the fact that women know stuff too.

If you walk far enough from the conference hotels, you can drink fairly priced Irish whiskey at a quiet bar without having to overhear conversations about: 1) the horrible job market: 2) pompous senior scholars who suck all the oxygen out of panel presentations; 3) pompous newly minted PhDs who do the same; 4) insecure grad students asking each other how they think it went; 5) any mention of post-modern anything.

You will inevitably see, in the first 15 minutes of walking around the conference, most of the friends you wanted to see anyway, making the next three days a little anticlimactic.

My professional obligations begin this evening with drinking. No, really. Social get-togethers and networking are a critical part of the conference experience. That we can’t expense.

My real work starts at 8:15 tomorrow morning when I get to reprise my role as Syrian Pres. Bashar Assad in a simulation of negotiations to try to resolve the Syrian civil war. News flash: I’ve not been all that interested in a negotiated settlement. That won’t change tomorrow.

During the online part of the simulation I was mean to my friend who got stuck playing Donald Trump. I intend to be mean again tomorrow.

Afterwards, in the debriefing panel, I get to explain why I was such a dick.

Later in the day I get to play senior scholar and give the kind of research presentation I always hated listening to at earlier stages in my career: lots of big ideas without a lot behind them. Yet. The good news is that my co-author is way smarter than me, so the project might have real legs.

Friday I get to meet with more smart people and try to get them to let me free-ride on research projects that I wouldn’t be able to do by myself. I will contribute good ideas …

Saturday I get to present yet another research project, this one with actual data, but which made me depressed in the process of writing since I was reading foreign policy speeches made by actually literate presidents.

And with that, the annual dip into the glamorous world of the annual conference will come to an end, and each of us will return to our respective campuses to resume the daily work of trying to get 19-year-olds to care about international affairs. 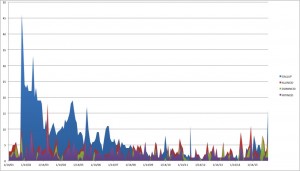 For a change there wasn’t anything terrorism-related that was big in the news last week. Unless you consider the tawdry death throes of the 2016 presidential campaign season a form of terrorism, and then yeah, there was a lot of big stuff.

But given our conventional definitions, nothing big happened. So without delay, here’s a look back at this week in terrorism history.

Before we get to this week’s chronology, a few links to either update ongoing cases that I’ve mentioned in earlier posts, or that are related to other relevant issues I’ve written about in the past.

First, I led off last week’s entry with news of the peace agreement reached between the Colombian government and the FARC, the Revolutionary Armed Forces of Colombia, ending a 52-year-old civil war. The only remaining hurdle to clear was a public referendum to ratify the agreement. Well, the people voted, and to the surprise of virtually every observer, they voted to reject the treaty. For now both sides say they are committed to maintaining the existing cease fire, but what happens down the road is anyone’s guess at this point.

Second, there’s an interesting piece at the RAND blog by terrorism expert Brian Michael Jenkins reminding us just how remote the threat of terrorism is for Americans:

Pure terrorism is truly random. It targets families strolling on a promenade in Nice, shoppers at a mall, a busy street in lower Manhattan. The message is not that the victims represent a certain group or are seen as “guilty” because of despised policies or actions. This is sheer spectacle. The message: No one is safe.

Such terror attacks are truly arbitrary and extremely difficult to protect against. Protective perimeters have proliferated, but every restaurant, shopping center, busy street corner cannot be protected. Competitive 24/7 television news coverage amplifies the terror. Politicians pound podiums and pundits warn of further attacks. The end result is a perception that no one is safe, that little can be done, that worse is yet to come.

Yet such attacks are statistically rare, representing a relatively tiny addition to the total volume of violent crime in the United States. Americans are safer now than they were in the immediate shadow of 9/11 when intelligence had failed and more 9/11-scale attacks were expected.

Finally, and relevant to the discussion I am having with my students this evening and in the coming weeks about the ideological motivations that underpin terrorist actions, this piece on the mix-and-match approach to ideas that some lone wolf terrorists adopt:

This sampling of examples highlights a trend of violent lone actors whose ideologies are broadly jihadist, but not tied to any one group. Even so, in the case of Mateen,security officials and policymakers rushed to identify Mateen’s alignment with a specific group. The temptation to classify Mateen within one organization’s particular ideological prism outweighed an objective assessment of the problem: Mateen fused multiple group affiliation and ideologies to motivate his actions. As far as categorization goes, Mateen’s case suggests that group affiliation matters less than his broader commitment his idea of jihad. In this capacity, Mateen’s statements and sentiments are not outliers or rarities in lone actor extremist violence, nor are they as confusing as they seem; individuals tend to blend group affiliation and ideological motivations, which is a significant, recurring, and surprisingly understudied phenomenon. Indeed, if anything, Rahami’s case confirms that this phenomenon is not rare.

And now on to our history lesson.