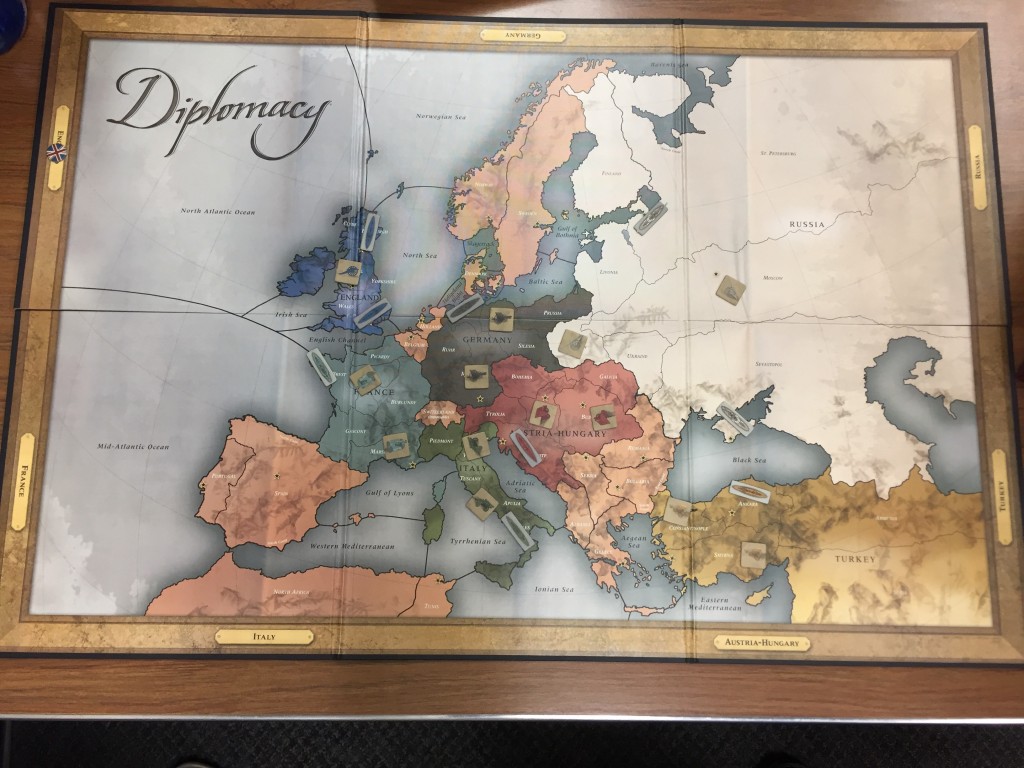 We hit that moment in my course on international negotiation last evening. When I walked into the classroom, one of the students straight up asked if we could watch a movie. Ironically, I was thinking the same thing.

Truth be told, as I was packing my lecture notes and books and getting set to head out from my office, I paused in front of my shelf of DVDs looking for a film that would highlight the evening’s topic: adversarial bargaining with an emphasis on coercive diplomacy and strategies of punishment.

I came up empty. And as I thought more about it, nothing really came to mind. That was a surprise because I use films a lot in the classroom. I mean I taught an entire course last year for the Honors College using feature films to explore theories and highlight key issues in international relations.

And it’s not that films don’t have the potential to illustrate the kinds of concepts and theories that I’m trying to teach my negotiation students. It’s just that the lessons tend to come in bits and pieces. Take, for instance, The Godfather saga.

In the first film, the encounter between Tom Hagen, Corleone Family consigliere, and movie studio executive Jack Woltz is a terrific example of several key points I try to emphasize for my students.

Tom’s opening bid is straightforward and to the point, clearly laying out his preferences and identifying what he is willing to offer in return for a mutually beneficial negotiated settlement. This is a straightforward application of the strategy of reward described in Richard Ned Lebow’s book, The Art of Persuasion.

Woltz, however,  makes several classic errors. Chief among them is allowing his emotions to overrule his rational assessment of the potential benefits of agreement, something that Zartman and Berman caution against in their book The Practical Negotiator. Fisher and Ury, in Getting to Yes, would characterize this as failing to separate the people from the problem.

Woltz also makes the error of showing his counterpart where his points of vulnerability lie, giving  Hagen an informational advantage that he is able to exploit to punish Woltz for his failure to cooperate. In short, it’s no wonder Woltz ends up with a horse head in his bed.

If we move past the first film, The Godfather Part 2 provides additional material. In the scene below, we get another example of the failure to separate the people from the problem, but more importantly, what happens when you misunderstand exactly where asymmetries of power lie in a negotiation situation.

As we learn later, the senator’s fatal mistake is believing that he holds both an informational and power advantage over Michael, and can translate those asymmetries into leverage that allows him to dictate terms to the Corleone Family. Michael’s counteroffer demonstrates that he understands otherwise.

But frankly, isolated clips can only take you so far. If I’m trying to kill a full 3-hour class period, I need a film that can give me more than a couple of isolated snippets of relevant material.

So I’m turning to the collective wisdom of those of you who read this post. Give me your suggestions for the films you would use if you were teaching a course on negotiation and bargaining, and tell me why they work.

I’ll give you credit on my syllabus the next time the course comes around.

*By the way, notice the new badge? You’ve totally stumbled on an award-winning blog. Go figure.

Last month Donald Trump actually tweeted something that I can take to heart:

There is nothing nice about searching for terrorists before they can enter our country. This was a big part of my campaign. Study the world!

“Study the world!” says the president, who admittedly doesn’t read books. Hey, I’ve been studying the world for most of my adult life, starting way back in the olden days (that’s the 1980s) when I was an undergraduate International Relations major. Now I do it professionally as a scholar and professor of International Relations at Oakland University where I devote a lot of energy toward doing just what the president is calling for.

I just spent the better part of the last week in Baltimore with 6,500 other people who study the world at the annual meeting of the International Studies Association. I wrote about my initial thoughts about the conference here. One of those smart folks, my friend Steve Saideman of Carleton University in Canada, already posted his take on the conference here.

More of those smart folks appear in the presentation below that Charli Carpenter, a super smart professor at the University of Massachusetts, gave on Thursday evening.

Take four minutes and watch it:

A whole bunch of those smart people also took a stand in solidarity with colleagues around the world who were unable, or unwilling to travel to the United States as a result of Pres. Trump’s immigration policies and documented cases of harassment and intimidation directed against Muslim travelers trying to enter the country.

And during the conference, even more of these smart people signed an open letter to the American people in response to the president’s call. (Full disclosure, I have asked to have my name added to the list of signatories as the letter continues to circulate in academic circles.)

Here’s how that letter begins:

Recently, President Trump tweeted that people should “Study the world!” to understand his foreign policy. As scholars of international relations, we have studied the world, and we are concerned that the actions of the President undermine rather than enhance America’s national security.

We agree it is important for any President to protect US citizens from extremist violence, ensure America is respected abroad, and prioritize American interests. But our knowledge of global affairs, based on history, scientific fact and experience, tells us that many of the policies Trump has undertaken thus far do not advance these goals. Instead, they have made Americans less safe.

You can read the full text here, and if you are a PhD in International Relations or a related field and would like to have your name added to the letter, there are instructions how to do so. 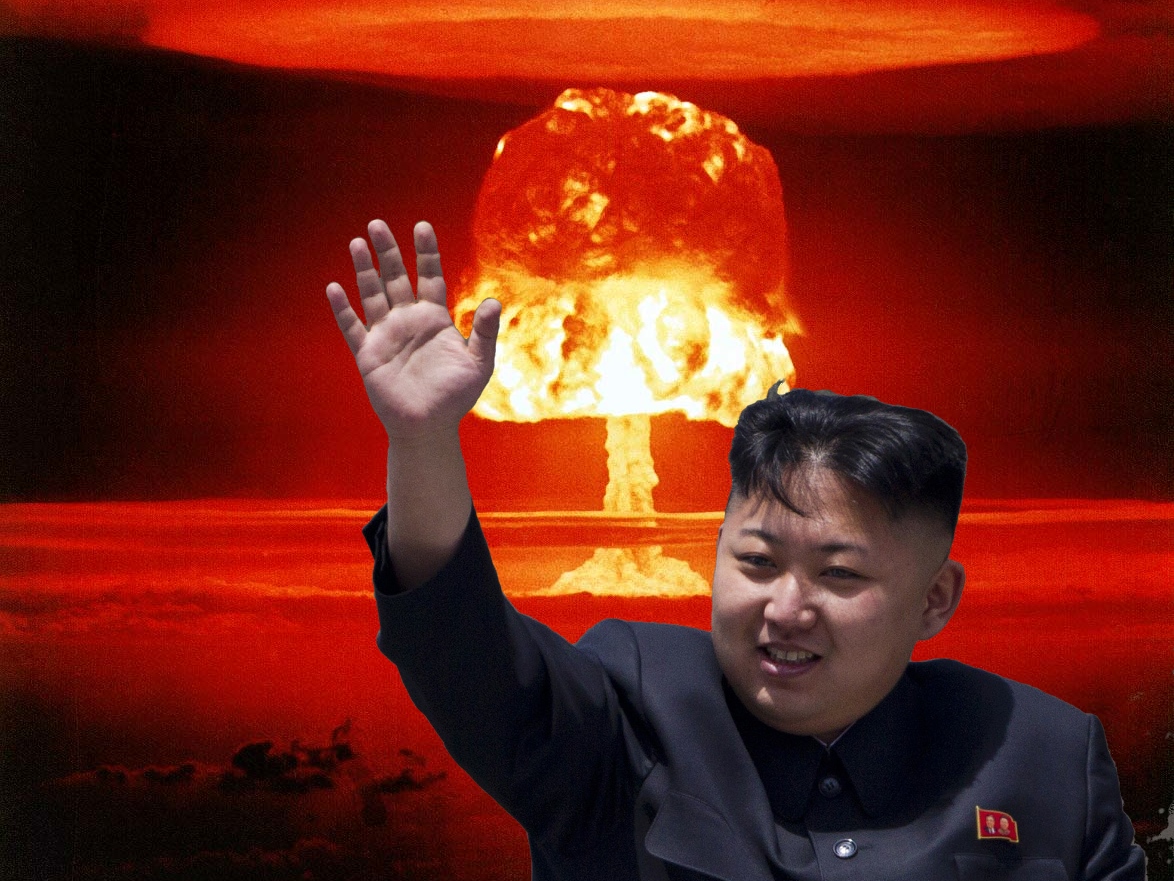