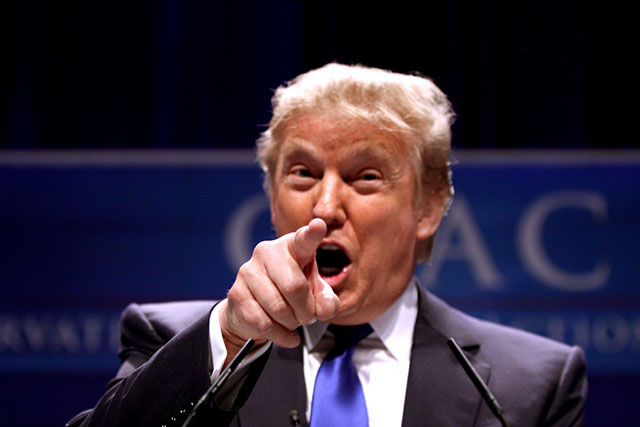 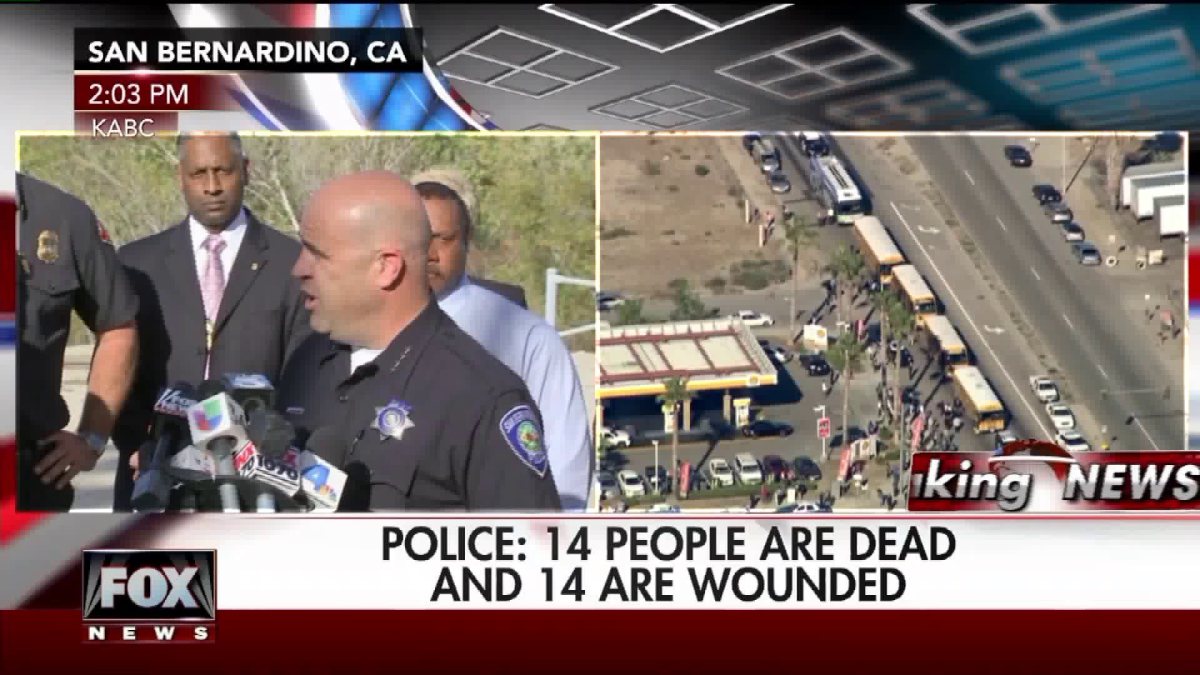 We don’t yet know the motive behind yesterday’s mass shooting in San Bernardino, Calif., but here is something we do know:

According to law enforcement sources, the weapons used, .223-caliber assault-style rifles, were purchased legally. According to The New York Times:

Two of the guns recovered were bought by one of the suspects killed in the shootout, and the other two were bought by a third person who is not considered a suspect, said a senior federal law enforcement official, who was spoke on the condition of anonymity. “We believe all four were purchased legally, but are still taking a close look at the two firearms bought by the” person who is not a suspect, the official said.

The federal Bureau of Alcohol, Tobacco, Firearms and Explosives confirmed that it had traced all four guns, and that two were purchased legally by someone linked to the investigation. But neither the senior official nor the bureau would identify either buyer by name, nor say which two weapons were bought by a suspect, or where they were bought.

Officials said the two assault rifles were variants of the AR-15, the semiautomatic version of the military M-16 rifle; one was made by DPMS Panther Arms, and the other was a Smith & Wesson M&P model, a designation meaning military and police. The senior law enforcement official said one handgun was made by Llama, and the other by Smith and Wesson.

Want to know where to buy a couple of guns like this yourself? Shop online at Walmart and save. 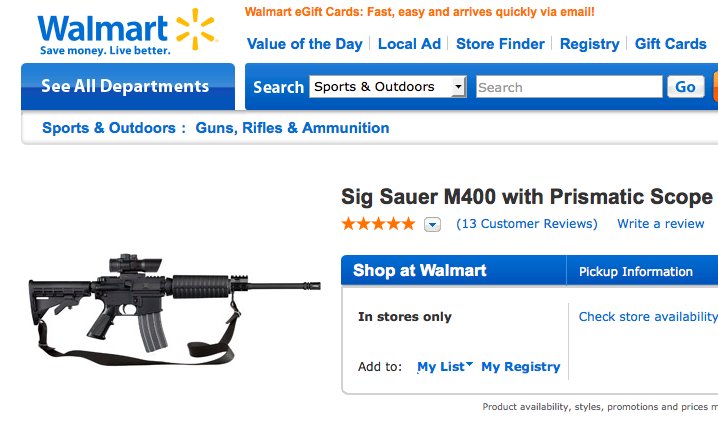 Or if that might raise too many questions, check out a site like Armslist.com, the online firearms marketplace, where the terms of use amount to an honor system for essentially unregulated gun sales:

I understand that ARMSLIST DOES NOT become involved in transactions between parties and does not certify, investigate, or in any way guarantee the legal capacity of any party to transact.

I am responsible for obeying all applicable enforcement mechanisms, including, but not limited to federal, state, municipal, and tribal statutes, rules, regulations, ordinances, and judicial decisions, including compliance with all applicable licensing requirements.

I will not use Armslist.com for any illegal purpose.

If I am at all unsure about firearm sales or transfers, I will contact the Bureau of Alcohol, Tobacco, Firearms, and Explosive at 1-800-ATF-GUNS and visit the ATF website at http://www.atf.gov.

Need some hollow-point rounds for that shiny new (to you) gun? That’s easy and legal too. Check out freedommunitions.com where a case of 1,000 Rem 77 gr. hollow-point boat-tail rounds can be yours for under $600.  If you want to comparison shop, try bulkammo.com.

How about high-capacity magazines to maximize rounds on target and minimize reloading time? Gunmagwarehouse.com is the place for you. Here you can pick up a 42-round tan polymer magazine for your .223-caliber AR-15 for the low sale price of only $7.92.

OK, so you’ve got your guns and ammo, now, like the San Bernardino shooters, you need tactical clothes to complete the look. Rothco.com has you covered. And so you can stay in the fight as long as possible, armysurplusworld.com or govx.com can provide you with body armor you can trust.

After the terrorist attacks in Paris in November, I did an interview with one of the Detroit news radio stations, and one of the questions they asked was whether something like that could happen here. I was asked the same question after the Charlie Hebdo attack.

Of course it can. Everything you need to carry out an attack can be easily, and legally, acquired in the United States. We make it easy.

The Washington Post reported, just a few days before Paris, on a plot by a group of Virginia white supremacists who intended to purchase land, stockpile weapons, and train for a coming race war. Two men were charged with attempting to buy guns and explosives from FBI agents posing as illegal arms dealers.

And it gets better. According to the FBI affidavit:

“[Robert] Doyle and [Ronald] Chaney and others known and unknown to the FBI, ascribe to a white supremacy extremist version of the Asatru faith,” alleges a five-page affidavit from FBI Special Agent James R. Rudisill. Asatru is a pagan religion.

Rudisill wrote that in September the FBI learned that Doyle and others were going to have a meeting at Doyle’s house “to discuss acting out in furtherance of their extremist beliefs by shooting or bombing the occupants of black churches and Jewish synagogues, conducting acts of violence against persons of the Jewish faith, and doing harm to a gun store owner.”

It would be comforting to think that this sort of thing is unusual in the United States, but the reality is more unsettling. Since 9/11, right-wing extremists have been responsible for nearly twice as many deaths in the United States as have jihadists.

I wrote back in July that while our popular imagination conjures up terrifying images of ISIS militants around every corner, terrorism in America is far more likely to look like angry white men with guns than black-clad jihadis. And it is still true.

Late last night, five Black Lives Matter protesters were shot and wounded in Minneapolis by what witnesses described as a group of white supremacist gunmen who had been earlier taunting the crowd of demonstrators. Police are searching for three white men in connection with the shooting.

So keep this uncomfortable truth in mind as you watch Donald Trump spew racist bile on the campaign trail, and as Chris Christie tries to rekindle his failing campaign by exploiting a climate of fear by invoking memories of 9/11.