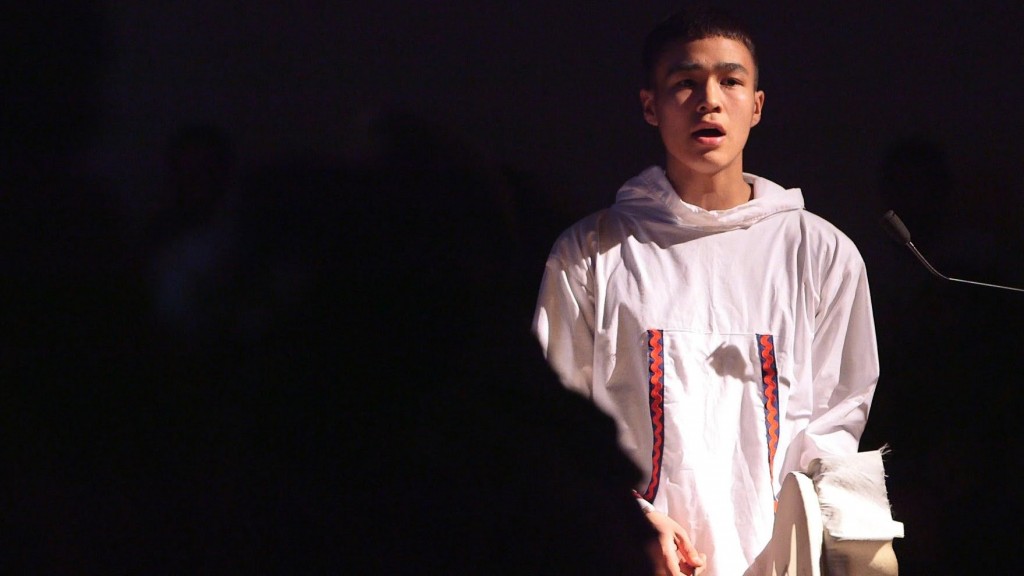 From the Alaska Dispatch News, a short film about a remarkable young man.

You can find more of Byron Nicolai’s music at his YouTube channel.

1) More people care about the killing of Sam Dubose at the hands of a University of Cincinnati rent-a-cop than the killing of Cecil the lion by a Minnesota dentist.

2) The Hamilton County, Ohio prosecutor’s blunt honesty about the clear facts of this incident marks the beginning of the end of automatically granting cops the benefit of the doubt in these all too common cases.

3) James Gilmore, former one-term governor of Virginia, will be the last Republican to launch a futile bid for the 2016 nomination. Both Happy Gilmore and Jimmie Dale Gilmore have a better shot at getting elected president even though one is fictional and the other spent much of the ’70s on an ashram in Denver studying metaphysics with a teenage Indian guru.

4) An economically developed, stable democratic country will again one day host the Olympics or World Cup. Meanwhile, book your tickets now for snowless Beijing and the 2022 Winter games.

5) Perhaps at the same time as the International Olympic Committee gets its own FIFA style corruption investigation.

6) Taliban leader Mullah Omar’s confirmed death changes everything on the ground in Afghanistan.

7) The New Hampshire focus group in which participants described Donald Trump as “like one of us,” and predicted that a Trump presidency would be “classy” was really an elaborate prank for Jimmy Kimmel Live.

On Tuesday, ten years to the day after the IRA formally declared an end to its armed campaign against British rule in Northern Ireland, ordering its units to dump weapons and its members to stand down, Sinn Fein President Gerry Adams released a statement in which he again declared:

The reality is that the IRA was never defeated and that again and again it was Irish republicans, including the IRA leadership, which took bold steps to bolster the peace process and to maintain positive political momentum.

On Wednesday, ten years and a day after the IRA formally declared an end to its armed campaign, British soldiers, alongside members of the police, searched homes in Derry as part of an investigation into violent dissident Republican activity.  PSNI Chief Inspector Tony Callaghan said:

There were no arrests – however, a number of items were taken away for further examination. … Due to the suspected presence of munitions or explosives, military specialists were deployed in support of police.

People are disgusted to see the British Army back on the streets of Galliagh and they are livid at the aggressive and hostile response by the police, which flies in the face of the peace process.

British soldiers searching the homes of Irish Republicans. It’s a funny way to mark a decade of victory.

I’ve been thinking a lot this summer about the South, where I grew up, and which I fled as soon as I could go north for college. But between trips down to retrieve my daughter from her small university atop a mountain in rural Tennessee, to Alabama to sing, visiting family in Virginia, and the seemingly endless months of drama and controversy surrounding the Confederate flag, it’s been on my mind.

With all that hovering in the background, one of my Irish friends, an artist, sent me a link to the 2003 documentary Searching for the Wrong-Eyed Jesus, which he had recently watched on the BBC. He described it as, “a wide-eyed bejaysus, a cracking film.” So I had no choice but to track it down and watch it for myself.

What I experienced was a mesmerizing road trip of a film, an occasionally hallucinogenic ramble along backroads, through swamps and bayous, to truck stops and diners, jails, honky-tonks, biker bars, coal mines, Pentecostal holiness churches, and riverside baptisms, with stunning cinematography and haunting, haunted music.

My daughter watched it with me, and where she saw the filmmakers cruely exploiting the crushing poverty, eccentricities, and to our more enlightened eyes exotic fundamentalist faith of rural people, I saw a brilliant example of the literary genre known as Southern Gothic, the province of William Faulkner and Flannery O’Connor, Walker Percy and Tennessee Williams.

The style features deeply flawed, disturbing or eccentric characters, hints of connection to the supernatural, decayed or derelict settings, and grotesque situations or events stemming from poverty, alienation, crime, and violence.* These elements are all tools for exploring the social values and cultural characteristics of the American South.

Up until now the most recent and most compelling example of this I’ve seen on screen was the first season of HBO’s True Detective, a true classic of the genre. So too is journalist Dennis Covington’s book Salvation on Sand Mountain, about the culture of holiness snake handling in southern Appalachia, which I’ve been reading at the recommendation of one of my Alabama friends.

Searching for the Wrong-Eyed Jesus struck a nerve with me that I can’t quite explain. The people, places, and settings were at once familiar and unfamiliar. Mostly it reminded me of just how timeless and a place apart the American South really is once you leave behind the modern sprawl of Atlanta, or Nashville, or Richmond and drive out beyond the interstates, where the hills and trees close in and the roads turn to mud or dust in due season.

You can watch the trailer below, and then follow this link over to Vimeo for the full film. Friends in the UK and Ireland can find it on the BBC iPlayer (sorry, no link since it’s not available here in the states).

*Yes, I am once again relying on the lazy shorthand of Wikipedia for background because I didn’t want to dig out my old undergrad literature texts to craft a one-sentence description. So sue me.