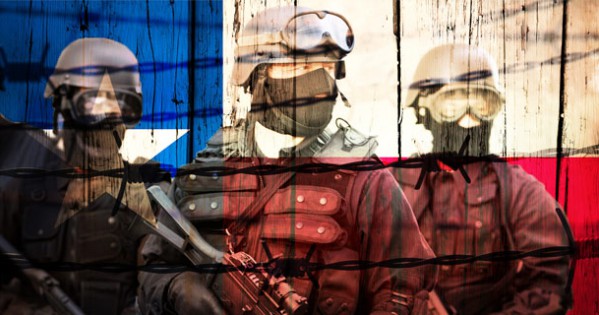 William Bradford, the West Point law professor who resigned Monday after publishing a law review article in which he described American legal scholars as “enemy combatants” and called for military strikes against a “fifth column” of academics, law schools, and the media outlets that spread their ideas, apparently has also written a piece in which he makes the case for a military coup in the United States.

The abstract is strewn with thinly-veiled references to President Obama, asking, for example, “What conditions precedent would be required before the American military would be justified in using or threatening force to oust a U.S. president attempting to ‘fundamentally transform the United States of America’?” Although describing it simply as a “heuristic test of a proferred theory,” it also wonders aloud, “Is such a duty incumbent upon the U.S. armed forces at present?”

The Latin phrase “Alea iacta est” is translated as “the die is cast,” and according to the Roman historian Suetonius were the words spoken by Julius Caesar as he led his army across the River Rubicon in defiance of the Senate, beginning the civil war  which would place the victorious general on the throne of empire, replacing a flawed democracy with military dictatorship.

Below is the full abstract (emphasis added by me), taken from Bradford’s LinkedIn page. I refuse to link to it, so look him up yourself if you must. And remember, this guy was helping to educate the next generation of American military leaders.

Does the Constitution place any limits on civilian government? What if the American people were to elect a president who “want[s] to destroy this nation” and works to “create division among the people, encourage a culture of ridicule for basic morality and the principles that made and sustained the country, undermine the financial stability of the nation, and weaken and destroy the military[?]” What remedies, if any, did the Framers commend to us in the event a tyrant should ever assume the presidency? Do the people have the right to resist a tyrant, and does that remedy hold any prospect of success without the support of the military? Does the Constitution and its principle of civilian control require complete subordination of the military to civilian government and to such a commander-in-chief under these circumstances? Does the U.S. military have the right or even the duty to intervene in the domestic politics of the United States as Constitutional and popular savior when the times require it, and who makes such a determination? If so, how do we know when this right or duty is triggered, and what are the implications of such a right or duty for the Constitutional obligations of military and civilian leaders? Is such a duty incumbent upon the U.S. armed forces at present? What conditions precedent would be required before the American military would be justified in using or threatening force to oust a U.S. president attempting to “fundamentally transform the United States of America”? If complete subordination of the military to civilian government is preferable to military intervention in the U.S., what constraints and limitations on government must civilian governors accept as the price of military abstention, and how else but by military intervention are those constraints and limitations to enforced? This Article describes why, how, and to what end an American coup might occur as a heuristic test of a proffered theory.