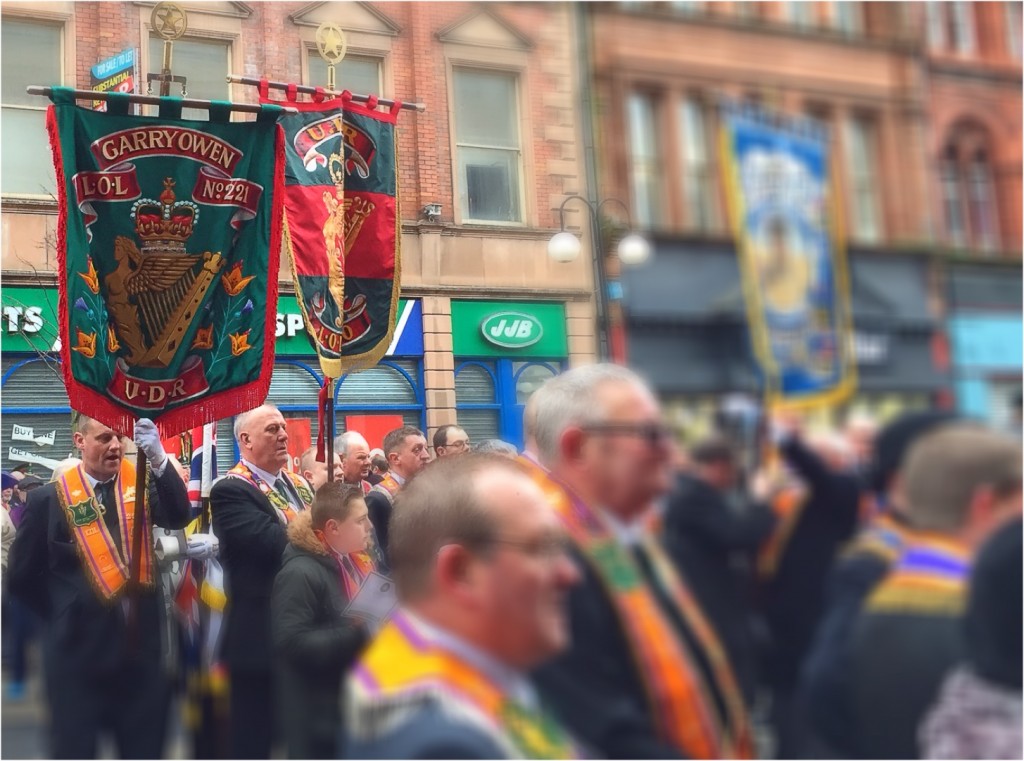 As it would happen, I attended this very same event the last time I was in Belfast, two years ago, on the 25th anniversary. That commemoration drew thousands and was treated as a major security event by the PSNI with armored police vehicles and officers in riot gear strategically placed along the parade route. This year’s gathering was smaller: fewer marchers, fewer bands, fewer supporters on the sidewalks; fewer angry faces in the crowd; fewer police controlling access.  But the general features were the same. Political speeches in the guise of prayers offered by firebrand preachers. Middle-aged and older one-time soldiers and their fellow lodge members in Orange Order regalia. Members of the slain soldiers’ families laying wreathes on the sight of the explosion. A bagpiper.

It seemed to me that little about the event was really intended to remember the two young men who lost their lives that day, or about offering consolation to their families. Rather it struck me as a potent mix of politics and tribal identity, leavened with a sense of real grievance.  The few hundred who stood in the rain and listened to the speeches were reminded that those who died did so for their country, while those who ordered the bombs to be planted now sit in the very government they once sought to bring down by force of arms.

There is a perception of a reversal of fortune here that is difficult for the Loyalist community to understand given their own sense that they “won the war” against the Sinn Fein and the Provisional IRA. Parity of esteem between the Loyalist and Nationalist communities, from their point of view, hasn’t meant a raising of the status of and opportunities for Catholics, but a lowering of their own. They won the war, but somehow lost out on the spoils of victory.