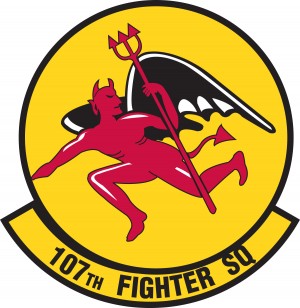 While it may be an overstatement to call the current tension between NATO and Russia a new Cold War, whatever it is, Michigan is out on the front lines.

A-10 “Warthogs,” ground-attack warplanes from the 107th Fighter Squadron Michigan Air National Guard, the Red Devils, based out of Selfridge Air Force Base, were participating in NATO’s Saber Strike exercises in the Baltic states of Estonia, Latvia, and Lithuania. Those exercises, involving approximately 4,500 troops from 13 countries, wrapped up this week, and came on the heels of the much larger Polish-led Anakonda 16 exercises in which 14,000 American troops participated earlier in the month.

Four of those Michigan A-10s landed on a highway near Jägala Estonia, about 100 miles from the Russian border, as part of Saber Strike. You can see a video below. This recreates a feat last done in 1984 when some 400 US warplanes landed on the West German Autobahn over several days as part of a Cold War demonstration of American tactical flexibility.

For real analysis of what all this might mean, let me direct you to my friend, Steve Saideman’s, blog where he regularly writes about NATO, though given that he now lives and teaches north of the border you have to wade through more discussion of Canada’s role in the alliance than most actual Americans could ever care to read.

For my part, I was more intrigued to come across the reference to a military unit based so close to home. I’ve had many students over the last several years associated with Selfridge, both as active-duty military and reservists, and the fate of the base and its squadron of A-10s has recently been in question as the Air Force has sought to retire its aged fleet of ground-attack warplanes.

Back in February the Pentagon announced that retiring the Warthogs, which entered production in 1976, will now wait until 2022 when they are due to be replaced by the new F-35 Joint Strike Fighter. This came as good news for Selfridge and its squadron of 21 A-10s, which in 2015 did a six-month forward deployment to Iraq flying combat missions against ISIS targets in Iraq and Syria.

Unfortunately, given the state the world, this is unlikely to be the last time Michigan’s Red Devils will see action in the skies over some trouble spot.