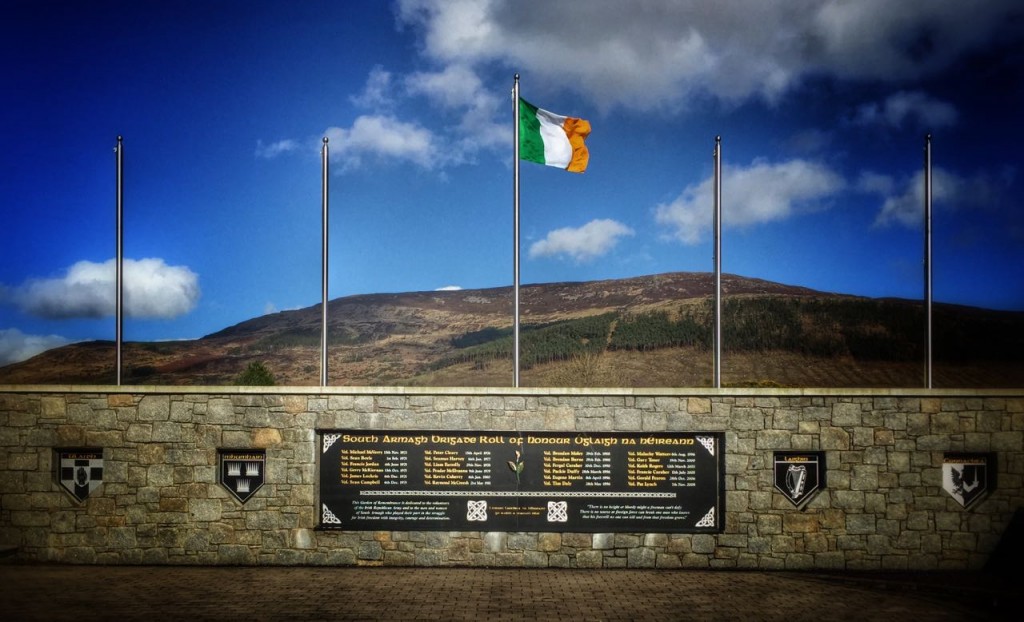 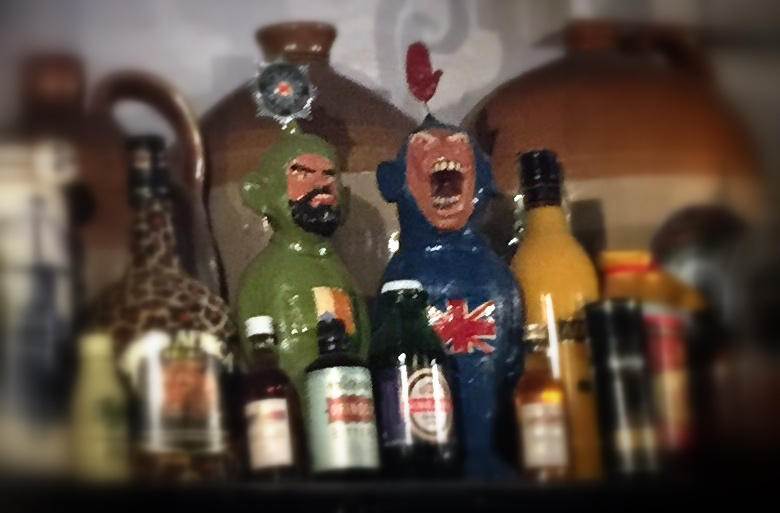 Today was my last working day in Belfast. Tomorrow I head back down to Dublin in advance of my flight home Friday. So this is as good a time as any to start trying to makes sense of some of what I think I’ve learned as a result of the time I’ve spent this time around.

There is a clear sense of relief that the horrors of the past are for the time being over. But many of the people that I talked to expect trouble to return, and only hope that the next time it isn’t as bad as what came before. And everyone I talked to who thinks things will “kickoff” again are equally convinced that it is the other side that will be responsible when it happens. Loyalists in South Armagh are convinced that it will be the Republicans. Republicans in Tyrone are certain the Loyalists will be the first to go back on the offensive.

People genuinely want a better life for their children and grandchildren. Maintaining the peace is central to those wishes, and everyone appears to know and acknowledge it. What is more difficult to understand, however, is that this common desire still doesn’t seem to provide the common ground that will make the peace sustainable. Working class Protestants and working class Catholics (for want of better labels) know that they share many of the same problems, and yet it is the differences between them that they seem to focus upon.

Case in point: Catholics resent the Protestant tradition of marching bands, July 12th bonfires, and the embracing of the Union flag, seeing each of these as obstacles to overcoming divisions between the communities. Protestants, at least in the working class (or what a respectable middle-class Unionist crassly referred to as the “benefits class”) see these as vital parts of their culture and identity which should be accepted as such by their Catholic neighbors. “Let us do our thing and let them do their thing and everyone leaves each other alone,” is how one of the fellows who showed me around the Loyalist neighborhood of Sandy Row this morning put it. This would be all well and good if Catholics didn’t view Loyalist parades through their neighborhoods the same way that Klan marches are viewed by African Americans.

Likewise, these Protestants resent what they believe is the privileged position the Irish language enjoys in the schools and they see displays of the Irish tricolor on St. Patrick’s Day as deliberate political provocation since there’s already a St. Patrick’s Cross flag (which can, not uncoincidentally, be seen as the red cross part of the British Union flag). Nationalists see calls for keeping the tricolor out of the festivities as tantamount to denying the Irishness of the holiday.

Symbols that each side embraces as indelible markers of culture, identity, and community are almost fully rejected by the others, which sees them as artificial, divisive, and intentionally provocative. No one seems to know how to bridge the divide of identity in a way that would acceptable across communities. Attempts to create new, “neutral” institutions that everyone can support, like the introduction of professional ice hockey to Belfast (a sport that no one plays and few actually care much about but has the virtue of not “belonging” to either community) is a case in point.

In short, no one really trusts the other side to keep the peace. And so they wait, hoping for the best but unconvinced that the present calm will last.

As we drove through the County Tyrone countryside this morning, my contact kept pointing out spots in the landscape where nearly 400 years ago early chapters in this region’s long story of violent conflict unfolded.  Like South Armagh, the peacefulness of the surroundings belies the brutal reality of what happened here during the most recent 30 years or so of war.

This was one of the most active areas of violence, behind only Belfast and South Armagh in terms of the numbers of casualties. Given the much smaller population compared to Belfast, in per capita terms the impact was just as traumatic. My contact described the brutality of the attacks against civilian targets as approaching the genocidal.

Today the area is calm, with much less of the raw hostility that bubbles so close to the surface in the close confines of Belfast. Out in the countryside, as my contact put it, people have room to keep out of each other’s way if they so choose.  But for all the space, these are still small communities. People will recognize old enemies when they pass, and nod in acknowledgment. But the pain of the past is not forgotten, time has not erased the memories of family members killed or wounded, families torn apart, or livelihoods lost.

They let things lie, my contact said, because for now it is all over. But make no mistake. If things start up again, he said, “scores will be settled.” No one here is clamoring for that, but in a place where long memory can conjure up recollections of 400-year-old injuries, the wounds of the recent past may as well have happened yesterday.

I keep threatening to say a little about the diversions that I find when I come to Northern Ireland. So here’s a bit of an illustrated guide.

A big one form me is music, and Belfast is a great city for it. One of the things I love is that there are pubs I’ve found where you are likely to find people sitting around and playing music almost any time you walk in. My two favorites are in the City Centre, Kelly’s Cellars (which lays claim to the title of oldest pub in Belfast), and around the corner, Madden’s Bar. Both are at the heart of the traditional Irish music scene here but you can hear other things too depending when you stop in. For example, on Monday evenings Madden’s hosts a non-traditional session in which you can hear folk, bluegrass, classic country and string band tunes, singer-songwrighter stuff, and so on. And they let me sit in with my mountain dulcimer and contribute to the music.

Another diversion is churches. Whenever I travel I try to visit churches, largely because I love church architecture and the history that they often contain within their walls, especially over here. And if I can I like to attend worship services.  I have found that doing so gives me time out from the often hectic schedule that I typically have to keep for research. But I’ve also found that going to church, like going to the pub, brings me into contact with people that I would not otherwise meet. This brings me to the last point I want to mention. People.

One of the things that I like best about these trips is the people that I get to meet and the windows into other people’s lives that I get a chance to occasionally peer through. Sometimes I walk away with the memory of an anecdote told about hiding petrol bombs under an overcoat on an unusually hot summer day, the reek of the fuel awkwardly filling the air of an electric trolley. Whatever direction the conversation takes I almost always learn from these encounters, and over the years some of the people I’ve met I have come to think of as friends.