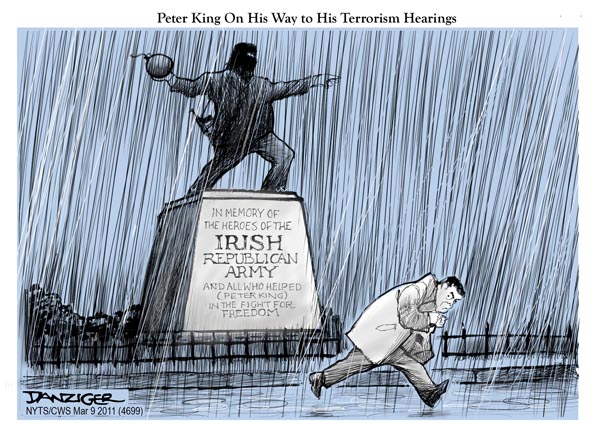 Rep. Peter King: I don't think President Trump's proposed immigration policies would have stopped the New York attack attempt, but they could help to stop other incidents https://t.co/ixh3gc3pNk https://t.co/t9pPHzJ6AY

Funny, he never argued for restricting immigration in the name of combating terrorism back in the 1980s when he was an ardent supporter of the Irish Republican Army. Of course then he believed terrorism was a legitimate weapon in a struggle against foreign occupation …

“We must pledge ourselves to support those brave men and women who this very moment are carrying forth the struggle against British imperialism in the streets of Belfast and Derry,” Mr. King told a pro-I.R.A. rally on Long Island, where he was serving as Nassau County comptroller, in 1982. Three years later he declared, “If civilians are killed in an attack on a military installation, it is certainly regrettable, but I will not morally blame the I.R.A. for it.”