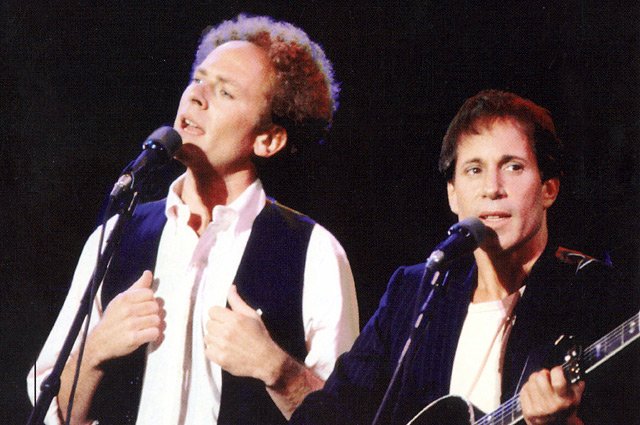 But occasionally Salon surprises me with an actual gem. Like this morning’s long interview with Art Garfunkel, whose soaring angelic voice gave range and depth to the poetry of Paul Simon’s lyrics. As a duo, Simon & Garfunkel created music that allowed them to transcend the folk revival of the 1960s and secured for them a place in the pantheon of musical greats. They were, and remain, peerless artists.

The interview with Garfunkel is full of wonderful moments. It’s not even really an interview. It’s alternately a reverie, a monologue, an inner dialogue externalized. There are occasional questions and lengthy, sprawling, often poetic replies. Like this:

You know, I walked across America so I got a real feel for the geography. Bloomington’s near the middle of the state, near Indianapolis, right? So this is very American. The land is kind of flat with a little bit of curvature—a very sweet curvature to the land, yes? We think of Bloomington as a college town, correct? So fall means back to school in a very rich way. It’s wonderful, that back-to-school feeling of September. It’s a rebirth. The air gets autumn keen and the spirit sharpens up.

As I mentioned, I’ve walked across the U.S. and now Europe, so I know the land. There are many different version of the land: industrial, wasteland, uninspired land. But campuses are a Walt Disney movie. They’re a dream come true. They’re such a cut above almost all of it. Campuses are so pretty, if only the kids realized it. The rest of the earth is something less than that. The skyscrapers downtown, the used-car lots, the hamburger chains, everything that makes up the normal American scene. But not the campuses. They’re pretty. Those trees …

Do you know this about musicians? Making music is a place we go to. It’s a real comfort zone. On the Monopoly board, it’s the box marked Go. When you pass go, you get $200. It’s our favorite box. When you go into a song, when you respect your own God-given talent, there’s something automatic about flexing those muscles. You go to that comfort zone and lo and behold, you find other musicians there. That’s the great thing about making music, but it’s also why Paul and Artie can be very squirmy around each other. We’re so damned different, but when the song and the music is happening and Paul is playing guitar—and Paul Simon plays brilliant acoustic guitar—you go to that place comfortably.

I could post any number of Simon & Garfunkel songs, but for me, none displays the crystalline beauty of Art’s voice as well as “For Emily Wherever I May Find Her.”