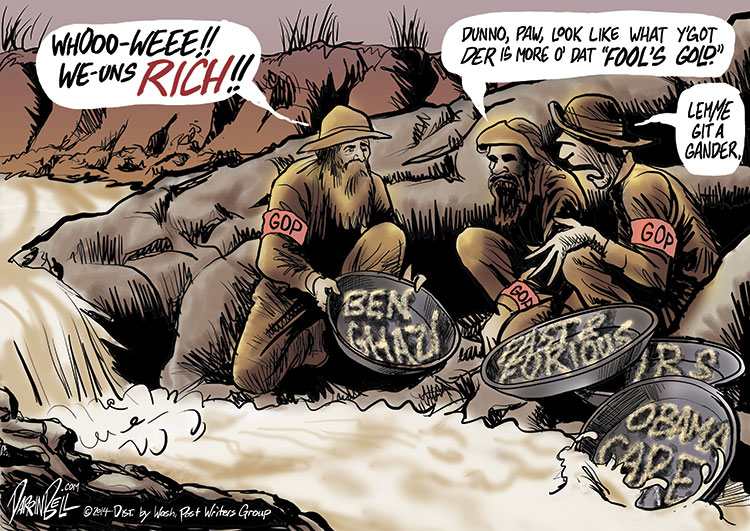 The House Select Committee on Benghazi released its final report today. The revelations are less than earth-shattering. Per the New York Times:

Ending one of the longest, costliest and most bitterly partisan congressional investigations in history, the House Select Committee on Benghazi issued its final report on Tuesday, finding no new evidence of culpability or wrongdoing by Hillary Clinton in the 2012 attacks in Libya that left four Americans dead.

That’s not to say there isn’t some new information in the report, but it is the US military’s response, not the former Secretary of State’s, on whom the harshest light of criticism now falls:

The 800-page report found that despite President Obama and then Defense Secretary Leon Panetta’s “clear orders,” the military failed to immediately send a force to Benghazi and that nothing was en route to Libya at the time the last two Americans were killed — almost eight hours after the attacks began.

I first wrote about the Benghazi investigation back in October, when Clinton was yet again called to testify before Rep. Trey Gowdy’s committee. By that point, eight other investigations had already been conducted, beginning in May 2013.

By that point the nakedly political and partisan aspects of the House Select Committee’s work were well known.

You can read my original post in full here. But as a reminder, let me repost an excerpt to put in context today’s report:

Joint Committee on the Investigation of the Pearl Harbor Attack — Sept. 11, 1945 – June 20, 1946. 9 months to investigate and issue final report on the Dec. 7, 1941 Japanese surprise attack on the US naval base at Pearl Harbor, Hawaii.

Holloway Commission — May 1980 – August 1980. 3 months for a commission appointed by the Joint Chiefs of Staff to investigate and report on the failed Iran hostage rescue mission, Operation Eagle Claw, which resulted in the death of eight US service personnel.

Investigations Subcommittee of the House Armed Services Committee — Nov. 1983 – Dec. 19, 1983. 6 weeks to investigate and report on the terrorist truck bombing of the US Marine barracks in Beirut.

Tower Commission — Nov. 26, 1986 – Feb. 26, 1987. 3 months to investigate and report on the CIA’s illegal covert program to sell weapons to Iran and funnel the proceeds to the anti-communist Contra rebels in Nicaragua.

House October Surprise Task Force — Feb. 5 1992 – Jan. 13, 1993. 11 months to investigate and report on allegations that the Reagan campaign had conspired with the Iranian government to delay release of American hostages in order to deny President Carter a boost in the polls in the final weeks leading up to the 1980 presidential election.

Almost since the night of the attack in 2012, Republicans have been trying to pan political gold from the bones of Ambassador Chris Stevens and the three other dead American diplomats. I’m glad their shameful exercise has failed on that score.

But there are important points to take away from the report, real policy failures, and those ought to be acknowledged and addressed. Failures such as the following, as detailed in the introduction to the report:

Despite President Obama and Secretary of Defense Leon Panetta’s clear orders to deploy military assets, nothing was sent to Benghazi, and nothing was en route to Libya at the time the last two Americans were killed almost 8 hours after the attacks began. [pg. 141]

With Ambassador Stevens missing, the White House convened a roughly two-hour meeting at 7:30 PM, which resulted in action items focused on a YouTube video, and others containing the phrases “[i]f any deployment is made,” and “Libya must agree to any deployment,” and “[w]ill not deploy until order comes to go to either Tripoli or Benghazi.” [pg. 115]

The Vice Chairman of the Joint Chiefs of Staff typically would have participated in the White House meeting, but did not attend because he went home to host a dinner party for foreign dignitaries. [pg. 107]

A Fleet Antiterrorism Security Team (FAST) sat on a plane in Rota, Spain, for three hours, and changed in and out of their uniforms four times. [pg. 154]

None of the relevant military forces met their required deployment timelines. [pg. 150]

The Libyan forces that evacuated Americans from the CIA Annex to the Benghazi airport was not affiliated with any of the militias the CIA or State Department had developed a relationship with during the prior 18 months. Instead, it was comprised of former Qadhafi loyalists who the U.S. had helped remove from power during the Libyan revolution. [pg. 144]

The picture the report paints isn’t pretty. But it doesn’t reflect the charges of dereliction of duty, deceit, criminal negligence, or professional misconduct that routinely spewed from the mouths of the Republican lawmakers leading the investigation and their right-wing media echo chamber.

The report finds no evidence of wrongdoing on the part of Hillary Clinton, but that the administration was unprepared to respond on the night of the attack. That’s bad enough, even if the eight other federal investigations into Benghazi had already laid most of this out.

If the House Select Committee’s only goal had been to bring these failures to greater light and recommend remedial policy, that would have made a meaningful contribution.

Instead, they’ve made it their consolation prize. 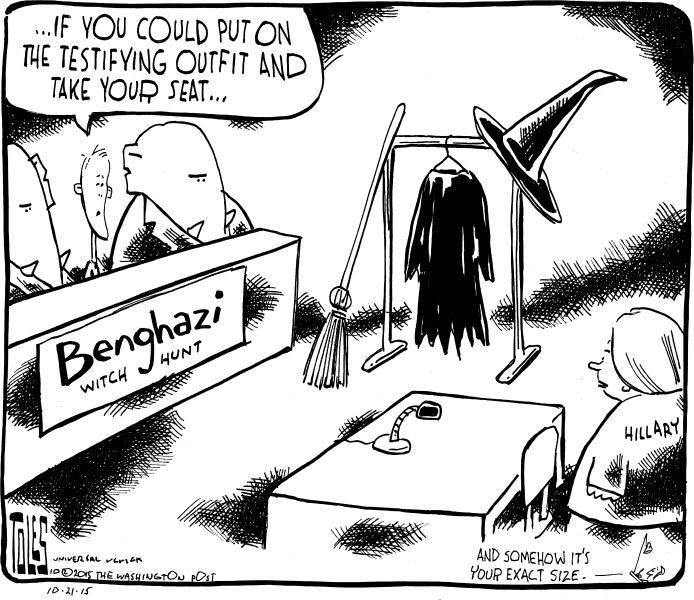