It is impossible to know right now what the election of Donald Trump to the White House will mean for US terrorism policy, but one thing is already certain. His victory at the polls has been hailed by al Qaeda propagandists as a blow to Western democracy and a step on the road to America’s ruin.

Islamic State jihadis have hailed the victory of Donald Trump while claiming the billionaire “fool” will ruin America himself allowing terror groups to take control of the country.

The Republican was branded a “donkey” by militants who warned his election is “an indication of the end of the American empire”.

“It is either them or us. We ask Allah to make their destruction caused by their own plans and their death come among themselves.”The world is going to experience a change and this change will put Islam in the leadership position as the end result.”

One ISIS jihadi said: “What we want is their country be delivered to a donkey like Trump who will destroy it.

“In the end, they are all our enemies and we will only meet them on the battlefields.

Now on to this today’s look back at the week in terrorism history.

As anti-Trump protests continued for second night in cities across the country, we should recall the president-elect’s past praise for the Tiananmen Square massacre in when the Chinese government slaughtered hundreds of student pro-democracy demonstrators on the night of June 3-4, 1989.

In one of the early Republican debates all the way back in March, Trump defended his Playboy comments:

I was not endorsing it,” Mr. Trump said. “I said that is a strong, powerful government that put it down with strength. And then they kept down the riot.

As the New York Times pointed out the next day, Trump’s use of the word “riot” to describe the pro-democracy protests was exactly the same characterization the Chinese government used in justifying their use of lethal force to quell the demonstrations.

After January we will get to see how a Trump presidency will respond to peaceful opposition to his policies and resistance to the forces of hate and bigotry his election has unleashed.

The paranoid, self-pitying, and defensive reaction he posted to Twitter last night does not inspire confidence.

Just had a very open and successful presidential election. Now professional protesters, incited by the media, are protesting. Very unfair! 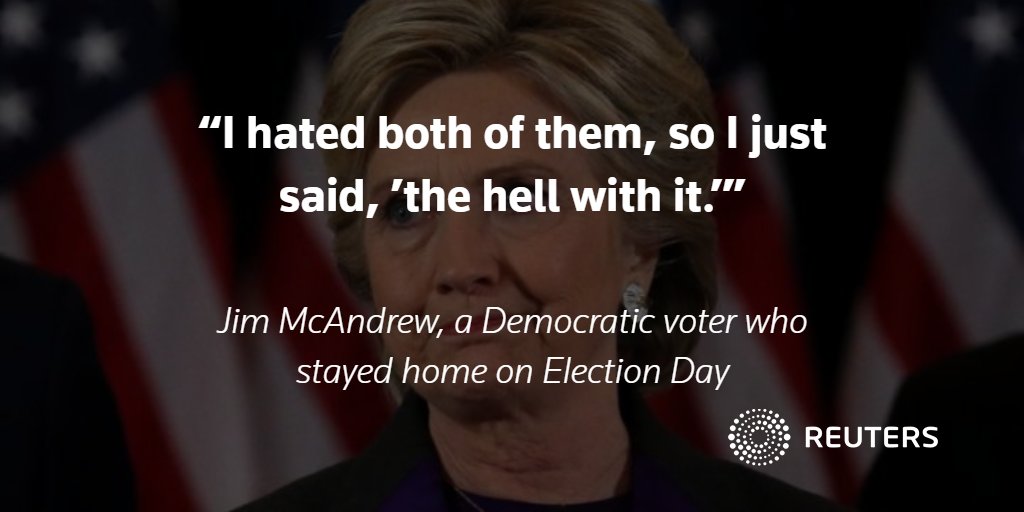 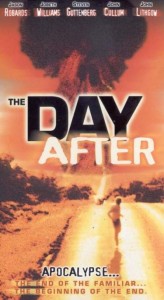 The voters have spoken and Donald Trump will be the 45th president of the United States.

I spent a fair amount of my day today reading the reaction of friends and colleagues around the country and across the globe.  Let me encourage you to read what two of them had to say.

Bill Ayres (the scholar not the ex-terrorist) offers a considered look at all the ways that people like me were wrong in how we understood Trump, the race, the electorate,  the very state of America. When I wrote on social media last night that we are not yet the country that I had hoped we were, that’s in part what I meant.

Steve Saideman offers a first take on the ramifications of a Trump presidency for international relations, and it’s worth reading. I have my own thoughts on the matter as well, some of which I’ll touch on below, others that I’m still chewing over.

I spent more time today reading and responding to the fears and disappointment of current and former students. I repeated to many of them part of what I said in a text I sent just before midnight last night to my own kids, students away at university on a mountaintop in rural Tennessee:

I’m sorry for how this looks right now. Even if HRC wins, your elders failed you. We failed you. Making this country a better place is going to be up to you. I believe in you and your goodness, decency, and humanity. You can lose faith or you can dig in and work to make this a better place. Never discount the power of small steps. Never lose faith in yourself, in others, especially those you disagree with.

I checked in with them this afternoon to see how they’re doing the day after. Got this text from my son in response: “Yeah I’m good.” And then …

Saw a big dirty pick up truck parked prominently on campus with two big flags flying off the back – the American flag and a rainbow flag.

That gives me hope. And yet there’s more than enough still to come that has me on edge.

True, the wounds in our common life as Americans have rarely been laid as bare or have felt as raw to me as they do right now. But there’s more to it than that.

For all the damage that Trumpism has already done, and can still do at home, the harm won’t necessarily stay confined to our own shores. Donald Trump is going to have charge of American foreign policy. As a professor of international relations that truly frightens me.

In August I gave you an updated list of the foreign policy pledges and promises that Trump had made while on the campaign. Here it is again, updated further.

How many of these will a President Trump do? How many will he try to do?

I literally have no idea. That’s what scares me.