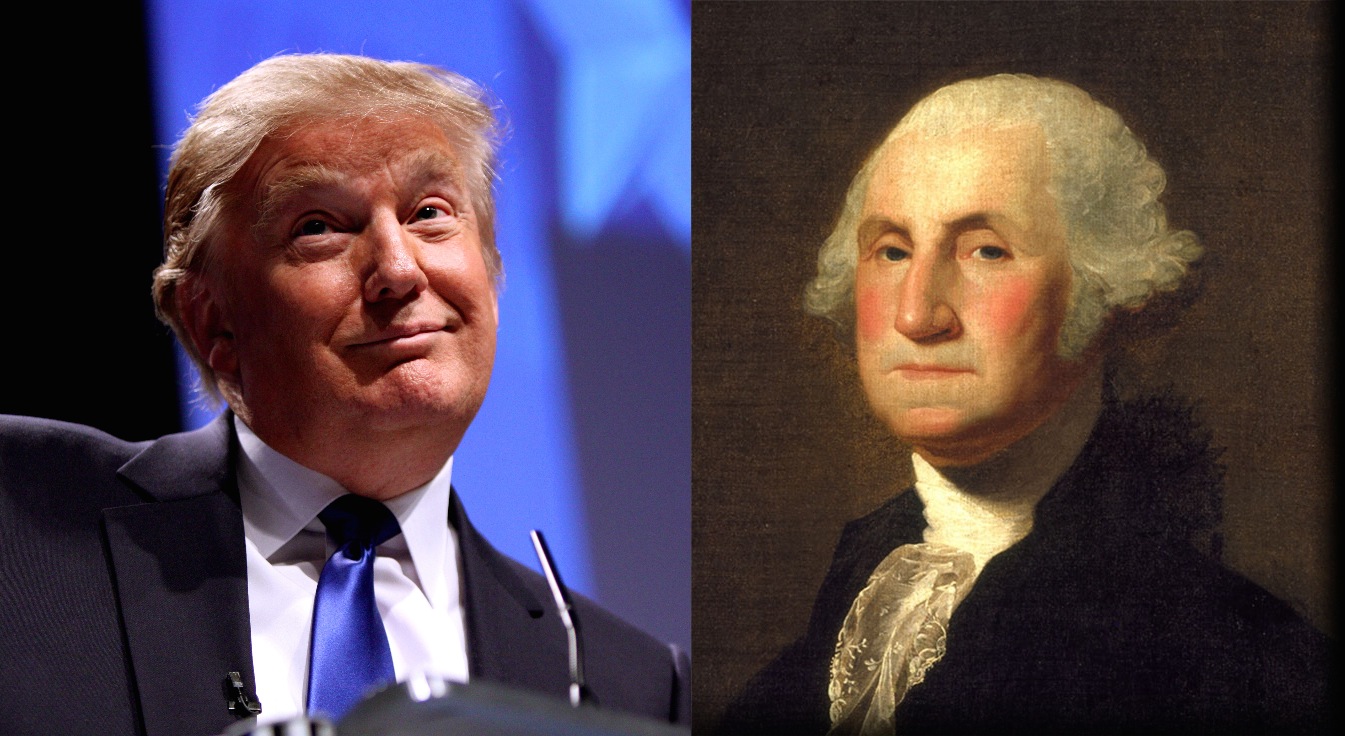 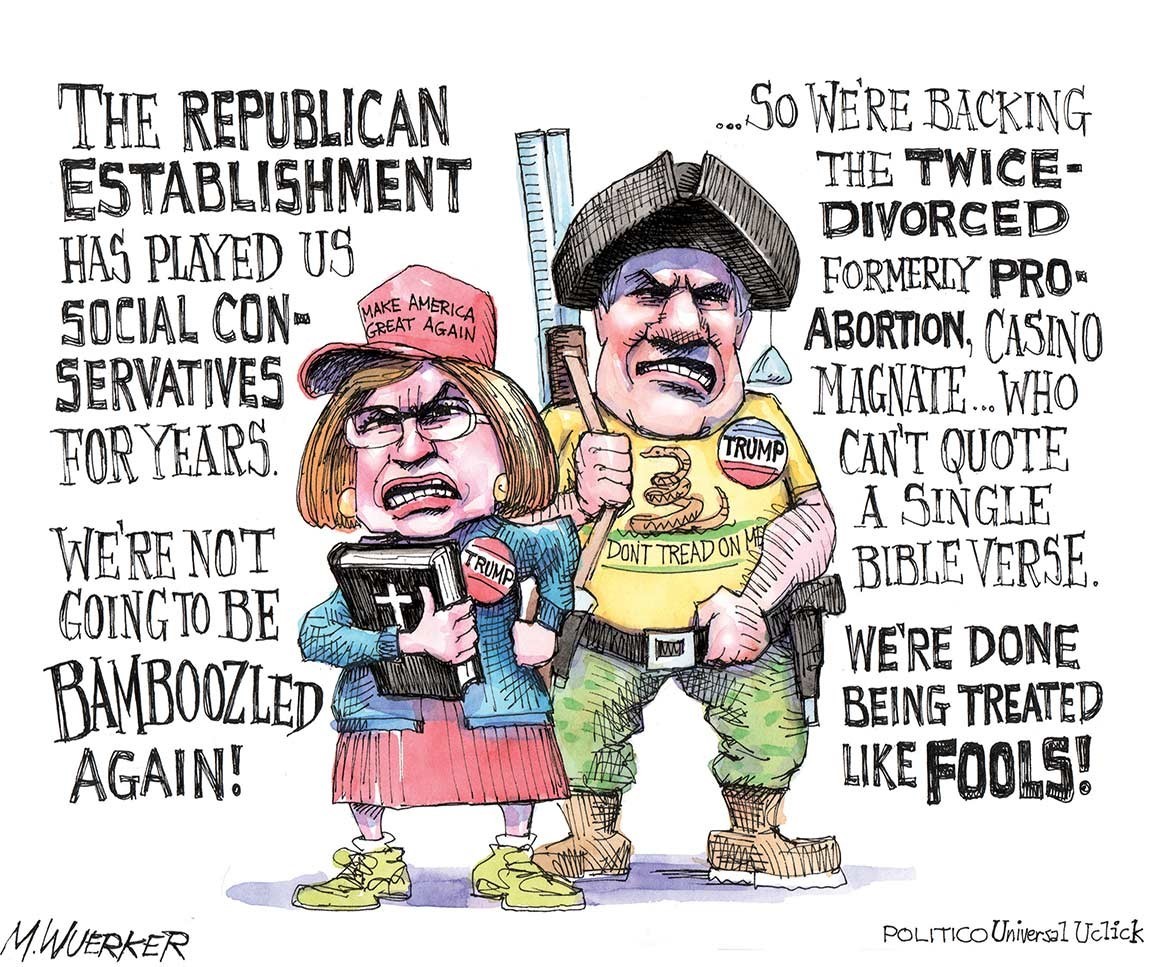 I hate to break this to my friends in Belfast, but according to Reihan Salam writing at Slate, we here in the states have the Scots-Irish, descended sons and daughters of Ulster, to thank for propelling Donald Trump to his commanding lead atop the GOP primary heap:

[In Iowa] … the counties that went for Trump tended to have higher rates of unemployment and a higher share of adults who identify as Scots-Irish, or simply as “American.” …

The Scots-Irish or “American” whites who see Trump as their champion are profoundly different from the metropolitan whites who dominate the upper echelons of U.S. society—so much so that the convention of lumping them together as “white” detracts far more from our understanding of how they fit into our society than it adds to it. J.D. Vance, author of Hillbilly Elegy, a forthcoming book on the place of Appalachian whites in modern America, estimates that roughly one-quarter of whites belong to the Scots-Irish tribe that has embraced Trump.

Then again, I suspect my Belfast friends would likely be unsurprised by this given that most of them are labeled Catholic (whether they’re religious or not) in Northern Ireland’s dysfunctional identity-centric society, and America’s Scots-Irish are the descendants of Ulster Protestants.

In fact, given the arrogance, aggressive ignorance, xenophobia, and religious bigotry that Trump gleefully espouses, he’d fit right in among Belfast’s fleggers … 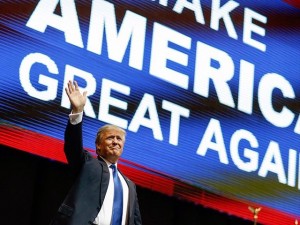 I was traveling last weekend, and as I was packing my bags to return home to Michigan Sunday morning I turned on the TV and caught Donald Trump’s interview with George Stephanopoulos on ABC’s “This Week.”

I consider myself pretty hardened, but even I was taken aback when Trump not only doubled down on his Saturday night debate pledge to bring back waterboarding, but vowed to become America’s new torturer-in-chief should we be foolish enough to elect him president.

You can read the transcript below, or, if you can stomach it, watch the clip for yourself. If you’re like me you’ll want to take a hot shower afterwards to wash off the stench.

TRUMP: Well, George, you’re not talking about what I said before that. I said we’re living in a world where, in the Middle East, they’re cutting people’s heads off. They’re chopping a Christian’s head off. And many of them, we talk about Foley, James Foley, and you know, what a wonderful young man. Boom, they’re chopping heads.

So then I went into this. I said, yes, I would bring back waterboarding. And I would make it a hell of a lot worse than waterboarding.

STEPHANOPOULOS: As president, you would authorize torture?

TRUMP: I would absolutely authorize something beyond waterboarding. And believe me, it will be effective. If we need information, George, you have our enemy cutting heads off of Christians and plenty of others, by the hundreds, by the thousands.

STEPHANOPOULOS: Do we win by being more like them?

TRUMP: Yes. I’m sorry. You have to do it that way. And I’m not sure everybody agrees with me. I guess a lot of people don’t. We are living in a time that’s as evil as any time that there has ever been. You know, when I was a young man, I studied Medieval times. That’s what they did, they chopped off heads. That’s what we have…

STEPHANOPOULOS: So we’re going to chop off heads…

TRUMP: We’re going to do things beyond waterboarding perhaps, if that happens to come. 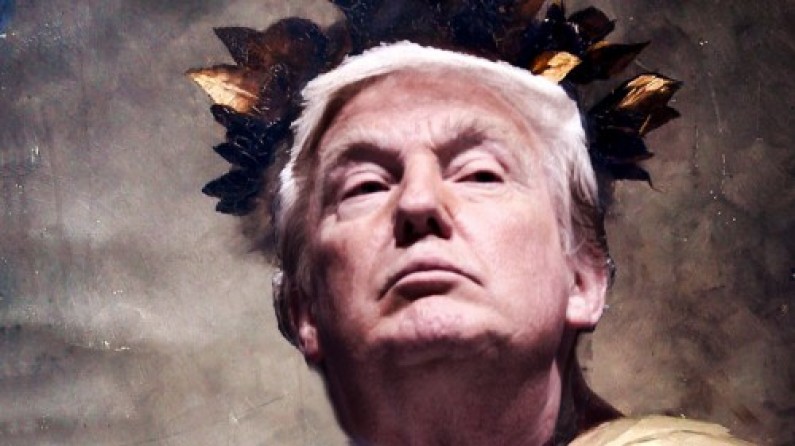