In response to Donald Trumps incredibly vague threat to rain “fire and fury” down on North Korea, the North Korean government replied with an incredibly specific threat of its own. And they say they’ll be ready to follow through by the middle of August.

As The Atlantic reported this afternoon, North Korea is:

seriously examining the plan for an enveloping strike at Guam through simultaneous fire of four Hwasong-12 intermediate-range strategic ballistic rockets in order to interdict the enemy forces on major military bases on Guam and to signal a crucial warning to the U.S.

Not only that, but the statement released by the Korean Central News Agency, precisely lays not just the type and number of missiles but the rockets’ flight path and time (20 minutes) from launch to reaching the targeted end point, waters 30 to 40 kilometers (18-25 miles) off the coast of the U.S. territory of Guam.

The commander of North Korea’s strategic rocket forces called Trump’s initial threat a “load of nonsense” and dismissed him the way one might the half-in-the-bag blowhard at the other end of the bar, saying: “Sound dialogue is not possible with such a guy bereft of reason and only absolute force can work on him.”

Not to be outdone, Trump responded himself just a short while ago, cranking the level of bellicosity to 11:

Frankly, the people who were questioning that statement, was it too tough? Maybe it wasn’t tough enough.

Look, the problem isn’t that “fire and fury” is too vague a threat. The problem is that Trump simply has no credibility. His words are not believable and therefore his threats likely carry no weight with North Korea or anyone else for that matter. Not even the American public believes what they hear coming out of the White House. So why should our adversaries?

Bringing the conversation back to North Korea, even Trump’s own national security team were quick to distance official United States policy toward the North from the president’s own words. The only person in the administration who seems to be on the same page as Trump is Seb Gorka. That should tell you something.

Bottom line: No one (Gorka excepted) likely believes Donald Trump’s words are any more than empty chest-thumping bluster. But North Korea, that’s a different matter, and the specificity of its most recent threat is troubling for that very reason.

You don’t make a threat that specific, that easy to prove empty, unless you really think you can pull it off. And if they can, that means North Korea has the ability to launch and precision guide nuclear capable missiles.

And if they believe that Trump is full of hot air, as nearly any rational observer would (and the North Korean leadership is eminently rational), then they have every reason to escalate and follow through on their own threats to demonstrate just how ready they are to confront the United States.

Trump is playing a dangerous game, and he doesn’t even know the rules. 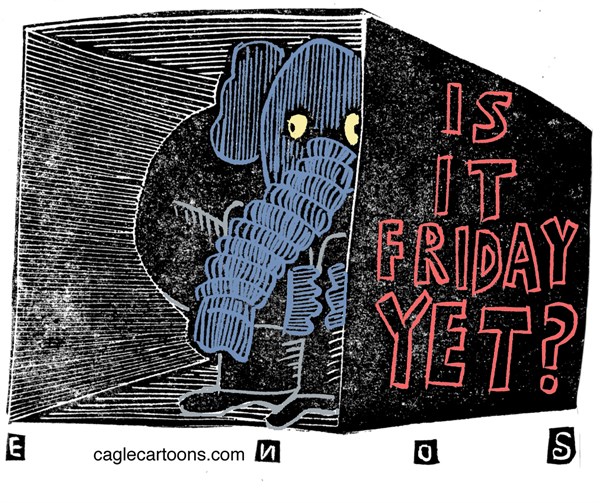