Remember that Iranian general the United States assassinated back in January? The one whose killing the Trump administration justified as necessary to stop imminent attacks on American targets?

Just kidding on that imminence thing.

In the legally required notice outlining the legal and policy rationale behind the killing of Qassem Soleimani delivered to Congress today, the Trump administration dropped all assertions that the leader of the Iranian Revolutionary Guard Corps Qods Force was assassinated to prevent an imminent attack.

While the notice argues that under Article II of the Constitution the president has the power as commander-in-chief to authorize military in the face of an imminent threat of attack against the United States, the notice carefully avoids making any such claim of imminence in its statement of the facts surrounding the Jan. 2 operation:

No mention of an impending attack there. Nor in this later passage:

Iran’s past and recent activities, coupled with intelligence at the time of the air strike, indicated that Iran’s Qods Force posed a threat to the United States in Iraq, and the air strike against Soleimani was intended to protect United States personnel and deter future Iranian attack plans against United States forces and interests in Iraq and threats emanating from Iraq.

So, to summarize, why did the United States kill Qassem Soleimani on Jan. 2, bringing us to the brink of war with Iran?

None of this amounts to the kind of immediate threat that the Trump administration claimed required it to assassinate the highest-ranking military leader of a rival government. Instead, it sounds like a deliberate, premeditated, act of war. Looks like I was right when I wrote this a month ago:

Of course it could also be that there was no looming threat, imminent or otherwise. Perhaps the assassination of Soleimani was part of a larger, planned operation, to remove the leadership of Iran’s Quds Force, essentially the special operations wing of the Iranian Revolutionary Guard Corps, which has served as the primary means by which Iran has cultivated militia and terrorist clients and waged proxy war across the region to advance its foreign policy and security goals.

Just Security has posted a lengthy and detailed analysis of the Trump administration’s notice to Congress. You can read it here.

That the Trump administration lied about its justification for killing Soleimani is probably the least surprising fact in the whole sordid affair. The most surprising is that they complied with the law and reported to Congress at all. 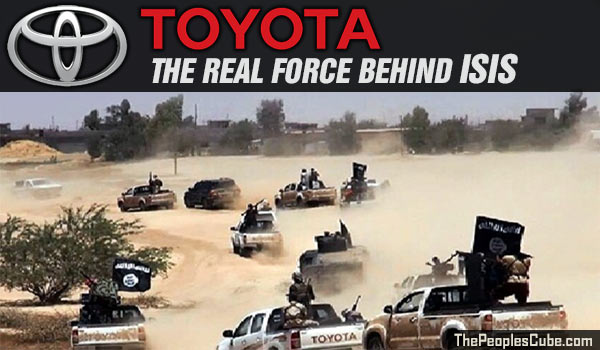 There’s been a lot of hand-wringing coming from pundits and US policy makers past and present surrounding the fall of the Iraqi city of Ramadi to ISIS and the marshalling of Iranian-backed Shiite militias to try to take back the town.  A lot of the usual sorts of suspects have been once again making the case that: 1) Letting the Shiite militias do the fighting will both empower Iran and likely worsen already bad sectarian tensions; and therefore 2) The only alternative is for the US to once again wade into the fray, even if that means reintroducing American combat troops on the ground. The discussion on this morning’s Diane Rehm Show is a good example of what’s passing for debate on the subject.

Of course there is another way of looking at this, and it is one that the US is pretty familiar with, especially in this part of the world. Follow the advice of Ken Watanabe in the latest reboot of Godzilla and “let them fight.”

The Godzilla-vs.-the Mutos analogy is not a bad one when thinking about the struggle for regional dominance that has been playing out for decades between the US, Iran, and Iraq. This is basically the strategy we pursued during the brutal Iran-Iraq war of the 1980s, letting the two beasts (one of which we marginally preferred over the other) savage each other for as long as they possibly could, with a little help to both sides from us, expecting that at the end of the fight the winner would be far too weak and damaged to pose any real challenge to American preeminence for years to come.

So thinking about Iran, Iraq, and ISIS today, would it be so terrible for US interests to just let them fight? Let Iran invest more time, energy, resources, manpower, etc. propping up an ineffectual Shiite-dominated Iraqi state. Continue providing just enough combat air support so that we stay in the good graces of the Iraqi regime but not so much that we pave the way for an easy victory for Iran’s proxies.  Let them savage each other.

Is this a cold-blooded strategy? Sure. But would it be out of character for the US, especially in that part of the world? Hardly.