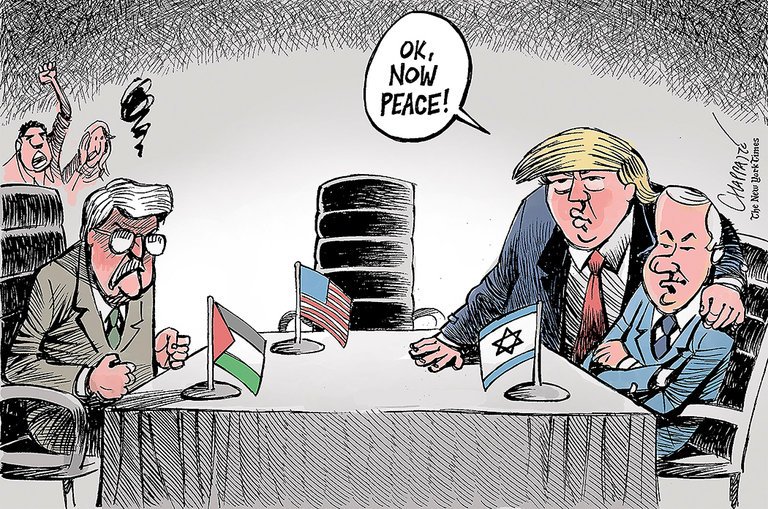 What to make of President Trump’s decision to announce the United States will officially recognize Jerusalem as the capitol of Israel and begin the process of moving our embassy there?

Well, how darkly cynical are you?

From a policy standpoint, this decision makes less than no sense. In fact, and despite the wishful thinking that may have animated some in the Trump “peace team,” it is counterproductive if our intention was to reinvigorate serious negotiations between the Israelis and Palestinian.

Moreover, it is a spark that could ignite a crisis across the Middle East, as Emma Green points out in The Atlantic.

That’s not to say it wouldn’t have been a valuable final carrot to cement an agreement if it were offered up during the endgame to negotiations. But to do it now just widens the rift between the sides with the added consequence of destroying literally decades of diplomacy intended to bring Israelis and Palestinians closer together rather than drive them apart.

Further, it has dashed any remaining notion that the US could act as some sort of honest broker playing a productive role in the peace process.

To cap it all off, the decision has been met with near-universal condemnation from world leaders (Israel’s own notwithstanding) including vital friends and allies across the region, including in Jordan, Saudi Arabia, and Turkey.

So, as policy, this is an awful decision, counterproductive at best, destructive to any peace process at worst. But what about as an act of politics?

The most generous reading is that Trump hopes to gain credibility as a man of his word and satisfy the desires of both his Christian evangelical base and pro-Israel American Jews, including major donors like casino magnate Sheldon Adelson, by keeping a promise on Jerusalem made during the campaign.

The less generous take on the politics of this decision roots it firmly in Trump’s willingness to seek political advantage by, as Peter Beinart writes, stoking the fires of anti-Muslim bias.

But on Wednesday, Trump outdid himself. By announcing that America recognizes Jerusalem as Israel’s capital, he didn’t just invent Muslim violence. He provoked it.

The Trump administration was warned that violent protests were not just possible as a result of this announcement, but likely. The State Department went so far as to yesterday, even before the announcement, issue warnings to Americans in Jerusalem to avoid Palestinian areas of the West Bank and Jerusalem’s Old City, and for embassies worldwide to increase their security.

Unsurprisingly, protests broke out almost immediately around the world, and the decision has prompted heightened fears of terrorism. Both developments play right into Trump’s political narrative.

So what are we left with? Shockingly bad policy in the service of ugly, divisive politics. In other words, just another day in the Trump White House.