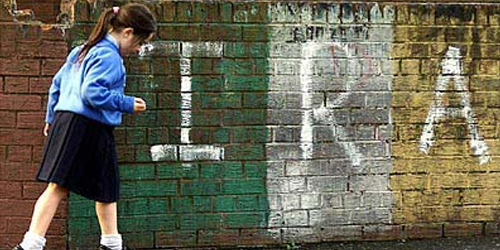 Much has changed in the past 21 years, but there is no such thing as a perfect transition from conflict to peace. How to fix what is broken is the next political challenge. — Brian Rowan writing in the Belfast Telegraph, Sept. 1.

The official acknowledgment that the Provisional IRA still exists and still retains key components of its organizational and command structures, and that its membership retains the capacity to engage in the lethal use of force, has thrown Northern Ireland politics into turmoil.

Turmoil at Stormont is hardly new. The institutions of government there, such as they are, tend to lurch from political crisis to political crisis. Pundits seem to daily predict the imminent collapse of power-sharing arrangements. On a seemingly daily basis one party or another declares that the crisis of the day constitutes the final straw that will break the back of the Executive.

Such are the claims being made now about the rediscovered existence of the Provos. Maybe this epiphany does change everything. Then again, maybe not. Instead of joining this debate, I want to change the conversation and argue the following:

Whatever happens to the existing political institutions, the continued existence of the Provisional IRA, and its willingness and ability to employ lethal violence when it deems necessary, has been indispensable to the continued success of the Northern Ireland peace process.

Let me be very clear at what I mean by success. I mean that the 30-plus years of combat between paramilitaries, police, and security forces, and murderous, indiscriminate attacks on civilians on all sides, is over. I mean that the armed conflict which turned city neighborhoods and rural countryside into war zones is over.

This is no small accomplishment. As I explain to my students and other audiences here in the US, the roughly 3,300 people killed and further 40,000 wounded during The Troubles would amount to 550,000 dead and 6.8 million wounded had the war been fought in the United States rather than Northern Ireland.

My assessment of the essential success of the Northern Ireland peace process is rooted in my perspective as a scholar who studies conflict and conflict management. I am neither a partisan nor a sympathizer. My assessment of the success or failure of the peace process is not driven by my assessment of whether the Provisional Movement, or the British state, or Loyalists “won” or whether the resulting political arrangements work to the advantage or one side or another. It is driven by the fact that the fighting is over, and has been over for nearly two decades now.

The continuing existence of the Provisional IRA has been a critical piece of the mostly unseen machinery that keeps the engine of the peace process running. The strategic and limited use of violence by the PIRA against Republican dissidents, which dates back to the earliest days of the peace process, has sent to others the very clear message that the costs of too-actively opposing the Provisional Movement’s leadership and political strategy are too great to make it worth the risk.

The killings of Charles Bennett, Eamon Collins, Joe O’Connor, Gareth O’Connor, Robert McCartney, Paul Quinn, and now Kevin McGuigan – not all dissidents, but all who crossed people it was unwise to cross –cast a long, dark shadow over anyone who might think about challenging the leadership and direction of the Provisional Movement.

When I interviewed him in 2013, Tony Catney described the killing of Quinn in South Armagh as “a marker being laid down” that would “put the thought into anybody else’s mind as well.” Of Collins’ murder Catney said,

I know some people who are still with the Shinners who have made reference to the death of Eamon Collins … The sort of thing as ‘this is what can happen’.

If a peace is to hold, then it must be enforced. And sometimes that enforcement will take the form of brutal violence and intimidation directed at those groups or individuals who might be perceived as threats to the peace, or who politically threaten one of the parties to the peace whose continued political dominance is viewed as essential for the peace to be maintained.

Certainly violence is not the only tool that the Provisional Movement has brought to bear to keep its critics and challengers in check. But it has been a fundamentally essential component of their strategy. If the Provos did not exist, that tool would be unavailable.

If the Provos did not still exist, if the Provos were not still armed, the leadership of the Provisional Movement, not to mention their rank-and-file followers, would be left vulnerable to liquidation by dissident factions that retained their weapons. The deterrent power of the specter of the kind of fratricidal bloodletting that characterized earlier periods of Republican feuding would vanish if the Provos were unarmed or out of the picture.

The Northern Ireland peace process has been far from perfect, neither politically, nor morally, nor ethically. But then, there is no perfect transition from conflict to peace. 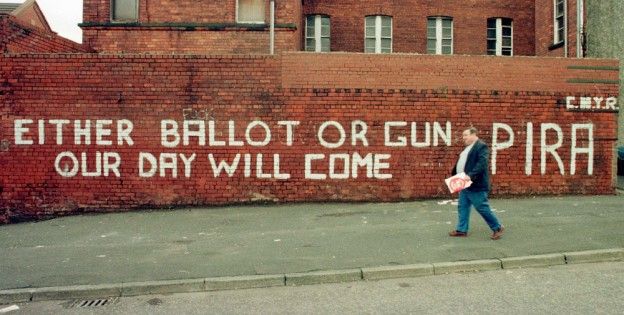 Just after Easter, I wrote about the case of Republican activist and Ardoyne community worker Dee Fennell who was arrested by the Police Service of Northern Ireland on charges of encouraging support for a “proscribed organization,” the New IRA which remains committed to the use of armed force the end British occupation of Northern Ireland.

The charges against Fennell stem from a speech he gave at an Easter Rising commemoration in Lurgan in which he said:

As a I noted at the time, Fennell’s words in support of armed struggle as a part of a legitimate campaign to achieve a united Ireland were little different from those uttered by other speakers, including former Provisional IRA members who now serve as representatives of the Crown as officials in Northern Ireland’s power-sharing government. In fact praise for and remembrance of those who have taken up arms in the cause of Irish freedom is part and parcel of virtually all Easter commemorations.

Fennell has now been released on bail, and as the Belfast Telegraph reports this morning, the price of freedom is his silence.  As a condition of bail, Fennell is banned from making any public speeches. He is further banned from posting any material online.

From the perspective of an outside observer like me, one of the most surprising features of the Northern Ireland peace process has been the failure of any alternative Republican political parties to emerge to challenge the dominance of Sinn Fein, despite the compromises and abandonments of Republican orthodoxy that have accompanied the party’s transition from a revolutionary movement to a defender of a political status quo in which it is a partner in the very governmental institutions it had once been dedicated to smashing through force of arms.

The case of Dee Fennell helps to explain this. Like Gerry McGeough and Marian Price before him, the British state, with the silence if not complicity of Sinn Fein, has used the legal system to silence those who would speak out forcefully against the existing political status quo. The more effective those speakers, the more credible their voice in the Republican community, and the greater the fear that they might be able to gain support and mount a meaningful challenge to the Republican mainstream, the greater the odds that they will be muzzled.

As Lord John Alderdice, former leader of the Alliance Party, told me in 2011 when I interviewed him for the research I am doing on the maintenance of the peace process:

When you are talking about the capacity of the Republican Movement to police itself, and can you really do it if they can’t shoot them in the knees or whatever, and I would say well, there are other ways. There’s another way, you know, that people are no longer protected, people are more exposed, people won’t get patronage of various kinds, and then the past catches up with you.

Dee Fennell is far from the first, and likely won’t be the last, to learn this lesson.