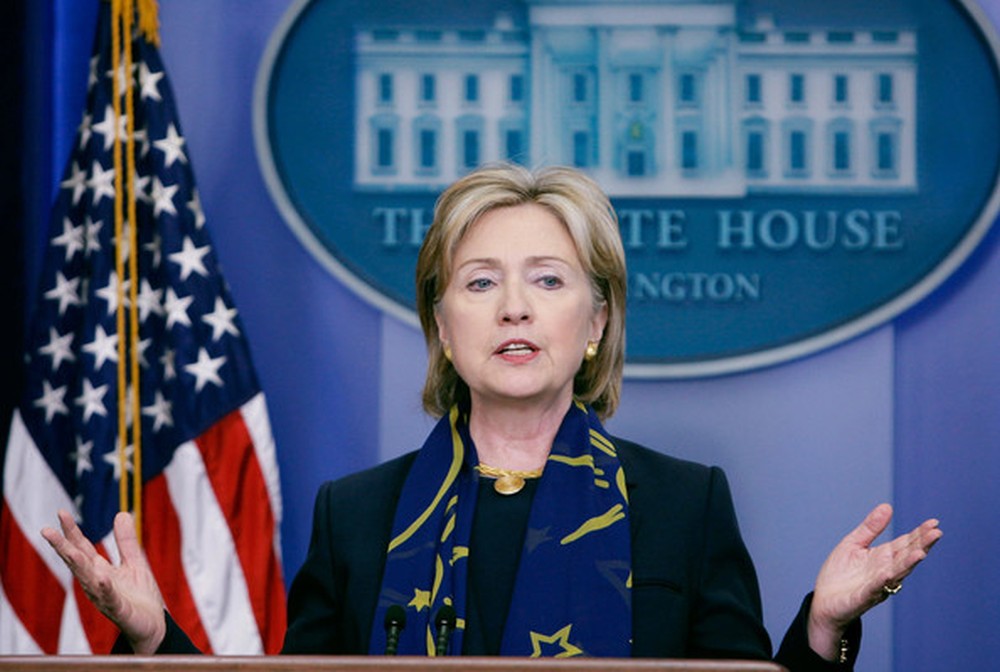 This is the first of what will be several posts over the next week or two speculating on what might have been different for US foreign policy and international affairs had Hillary Clinton won the presidency. This first piece focuses on US-Russia relations.

After 188 days of the Trump presidency and counting, we have a pretty good idea of what his foreign policy is like. Simply put, it ain’t pretty.¹

But what would foreign policy have looked like with Hillary Clinton in the White House? At least one analyst suggests it might not have been all that different. Let me suggest otherwise.

It is also true, however, that some developments would have unfolded more or less in the same way that they have under President Trump. Any American president has only limited influence on the ebb and flow of global relations, and so some problems which we might be tempted to lay at Trump’s feet likely would have happened anyway, regardless of who is in the White House. I’m looking at you, North Korea.

With that disclaimer in place, here we go:

Given the unfolding revelations of the extent of Russian efforts to tip the 2016 election to Donald Trump, US-Russia relations are at their lowest point since the Cold War. Russian Ambassador Sergy Kislyak, who was accused of coordinating secret contacts between the Trump campaign and Russian intelligence operatives, announced his retirement and immediate return to Moscow. The Clinton Administration had privately warned the Kremlin that Kislyak and other Russian diplomats would be formally expelled if Kislyak did not voluntarily step down.

Clinton has also warned that the United States will not hesitate to retaliate should Moscow attempt to undermine the 2018 midterm elections.

Sanctions against Russia put in place by the Obama Administration immediately after the election remain in place, and President Clinton has vowed to impose even tougher sanctions, though she faces opposition from the Republican-controlled Congress which accuses her of targeting Russia and the former Trump campaign to distract attention from new congressional investigations into the Clinton Foundation’s ties to foreign interests and her handling of classified information as Secretary of State.

The Putin government has responded by expelling 30 US diplomats, closing the offices of American news agencies, expelling US journalists, and intensifying a crackdown on civil society, pro-democracy, and human rights organizations which the Kremlin accuse of serving as agents of Western provocation. It has also openly increased its support for and assistance to pro-Russian separatists in eastern Ukraine.

Large-scale Russian military exercises in Belarus have been scheduled for September and, given Moscow’s tendency to “train exactly as they intend to fight,” are widely understood to be a dry run for military action against NATO.

The Kremlin has also ended all cooperation with and coordination between Russian military forces supporting the Assad regime in Syria and US forces supporting anti-Assad groups fighting ISIS, warning the United States that it would not be responsible for any “mishaps” that could occur between US and Russian forces operating in the Syrian battlespace.

At the NATO summit in May, President Clinton reiterated America’s commitment to the alliance and the principle of collective security expressed in Article 5 of the NATO Charter. She was responding both to criticism that the Obama Administration had been insufficiently forceful in standing for the defense of Europe, and seeking to calm fears raised in Europe by a presidential campaign in which NATO often served as Donald Trump’s punching bag.

In a tough speech at the dedication of the 9/11 and Article 5 Memorials at NATO headquarters, Clinton warned Putin against engaging in “dangerous military adventurism” in the Baltic States or Central Europe, proclaiming: “There will be no more Crimeas on my watch.”

Clinton also announced what she called “Cyber Article 5,” declaring that the principle of collective security must extend to the cyber arena. She called on NATO to expand the capabilities and scope of responsibilities of NATO’s Cooperative Cyber Defense Centre of Excellence, stating that cyber intrusion or interference in the electoral systems or democratic process in any NATO member must be met with combined cyber countermeasures from the rest of the alliance.

At the G-20 summit meeting earlier this month in Hamburg, Clinton joined 18 other heads of state, dubbed the G-19 by the news media, in issuing a joint declaration denouncing interference in the domestic politics of any democratic state. Russian President Putin conspicuously declined to attach his name to the statement.

To summarize, under President Clinton relations between the United States and Russia are at their lowest point in decades. Putin’s longstanding hatred of Clinton, coupled with her administration’s forceful response to Russian efforts to elect Donald Trump, have set in motion a 21st century Cold War.

¹The hyperlink will take you to a special issue of Foreign Affairs with links to a series of articles by highly regarded foreign policy analysts and scholars. The title of the project, “Present at the Destruction,” gives you some advance idea of what you’ll read there.