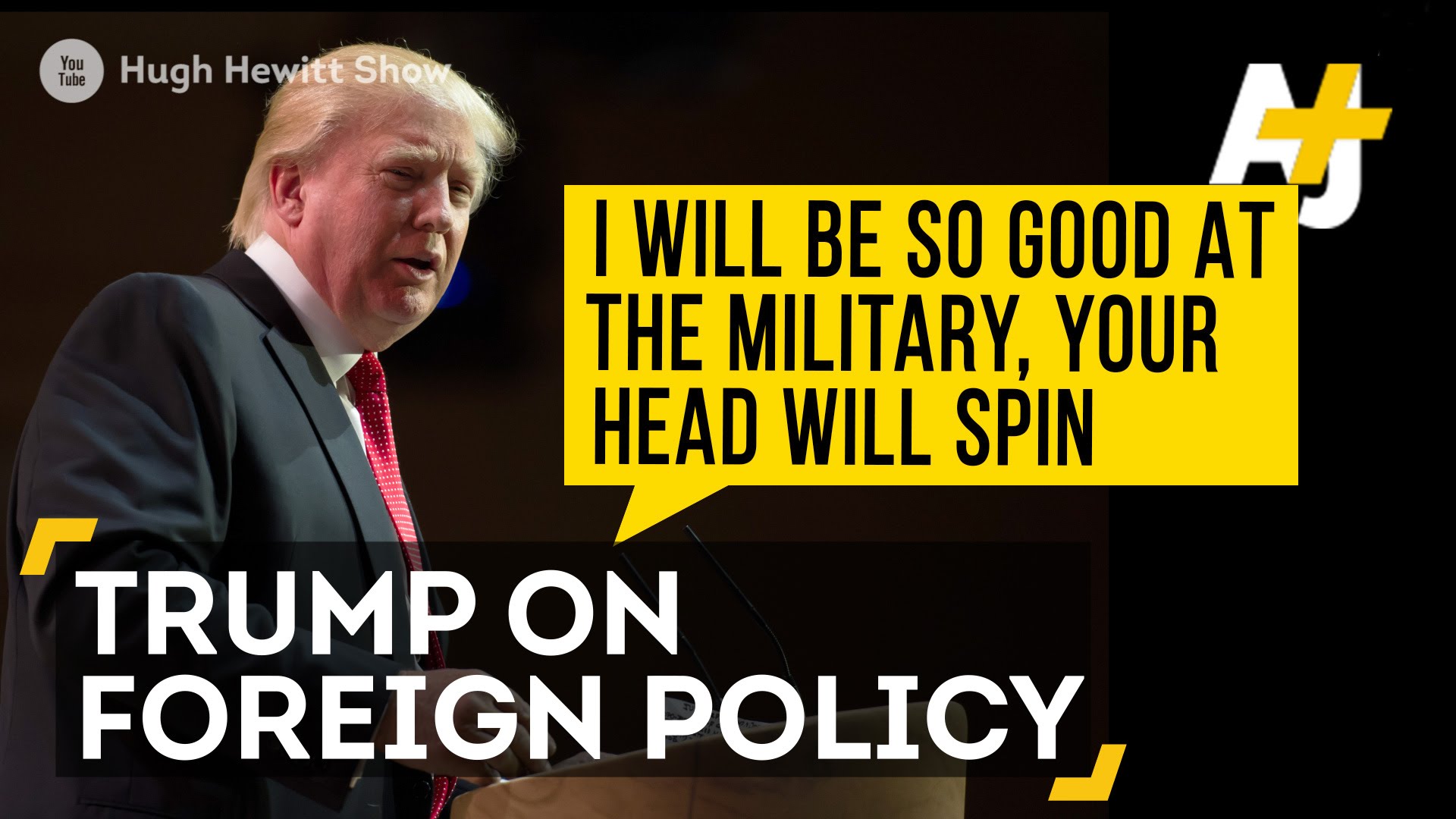 Donald Trump will give what is being billed as a major foreign policy speech tomorrow intended to “recast the real-estate mogul as a more sober and serious presidential candidate than he’s perceived by many Americans and foreign allies.”

This may be the tallest of tall orders. In a long article over at Huffington Post Highline, author Andy Kroll reports on the deep dismay within the ranks of America’s military and foreign policy leadership over the possibility of a Trump presidency:

[W]hen Trump has weighed in on national security questions, his remarks often reveal either ignorance or disdain for military expertise and the codes of conduct that govern the armed forces. …

Trump’s pronouncements on foreign policy, combined with his years of broadsides, have set off a very real fear within military circles about what might happen were he to become president. In the last two months, I spoke with dozens of people in the national security realm—current and retired officers, veterans of the wars in Iraq and Afghanistan, and former White House, State Department, Pentagon and CIA officials. The words they used to describe their mood: Terrified. Shocked. Appalled. Never before, they say, has a candidate gotten so close to the White House with such little respect for the military.

What do we know about his foreign policy positions so far? By my reckoning, based on his extant speeches, statements, and tweets, Trump would …

We’ll see how much of that agenda the candidate walks back tomorrow, or whether he doubles down. In the meantime consider this post a placeholder until the speech at the National Press Club in Washington.