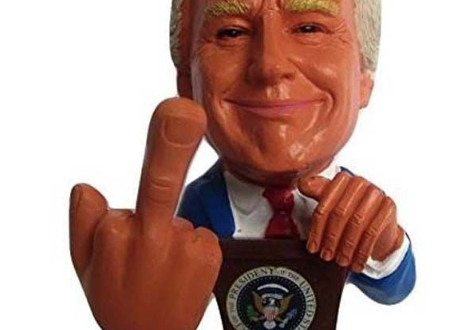 I had an interesting conversation with the muscled-up young man standing next to me at the bar of a Michigan brewpub over the weekend.

I had initially dismissed him as a bro-typical meathead, but when he came back up to the bar to order a second round, we struck up a conversation which began when I complimented a tattoo of the Last Supper that covered the inside of his forearm.

We continued to chat about that and his other tattoos, when he pulled up his sleeve to show me his favorite, a Marine Corps globe-and-anchor on the inside of his bicep. I asked him if he had served, and he said yes, from 2005 to 2011.

Turns out he was deployed to Iraq, fought in Ramadi, and ended up with a combat-related disability. He said he was retired as a result, and while he’s been offered jobs with private military contractors – he described them as “Blackwater-type” outfits – he said the money wasn’t worth going back now that he’s got a couple of kids to take care of.

He then asked me what I did, and I explained that I was a professor of political science, a subject he had some taken classes in when he was stationed in California. Then came the first question:

“So are you a Democrat or a Republican?”

“I like to think of myself as a concerned citizen,” I replied. “Good answer, I like that!” he said. Then the inevitable followup:

“So what do you think of Donald Trump?”

“Well,” I said, “I think we’ve had better presidents.”

“Hey, at least he’s not bought-and-paid for, you know,” he responded. “Well …” I started to reply. And then he added this:

“But you know what I really like about him? He doesn’t give a shit. He’s a big middle-finger right in the rest of their faces. That’s why I’m for him.”

I have spent the last 18 months or so scratching my head about what it is about Trump that has attracted such loyalty from his base. It’s not shared ideology (Trump has no guiding principles beyond raw self-interest anyway). Nor is it the promise of some policy payoff in the areas of taxes, or healthcare, or infrastructure, or immigration, or trade, or defeating ISIS, or the wall, or any of that.

If any of it, or the endlessly unfolding Russia scandal, mattered, we’d be seeing Trump’s historic unpopularity starting to show up even among his core supporters. So far it hasn’t.

And now, thanks to this young ex-Marine, I get why.

Donald Trump is a big “fuck you” to the political system.

That’s why his base loves him.