A “new” and as yet unnamed Loyalist paramilitary group announced its presence on the scene this week by releasing a pair of photographs to the media (one of which is reproduced above) along with a statement in which they threatened to kill members of the PSNI and Parades Commission, which has had the temerity to place limits on the Loyalist community’s ability to celebrate their culture through displays of tribal dominance directed against their Catholic neighbors.

The statement that accompanied the photos played on what has become a familiar theme amongst many Loyalists in which they characterize an erosion of privilege as brutal oppression by the state they claim to love.

brutal assault upon the PUL community and the random firing of baton rounds aimed to seriously injure our people we are left with no other option but to announce the PSNI and Parades Commission are legitimate targets.

We do not want to take this course of action but our people have suffered enough over the last few years and we as disengaged and disgruntled loyalists feel like the time has come for us to take action. No Surrender.

That Loyalists would threaten to take up arms against the British state is nothing new. The original Ulster Volunteer Force was organized in 1913 with the express intention of waging war against Britain to prevent it from granting home rule to Ireland.

But within Loyalism feelings and complaints of victimization have become much more open in recent years, fueled by a sense that their victory over the IRA, which has secured Northern Ireland’s place in the United Kingdom for the foreseeable future, is in fact a hollow one.  As I wrote back in March, it is the belief that while they have won the war, the spoils of victory have passed them by.

I first heard this expressed back in 2010 when I interviewed several former UDA and UFV men active in the Loyalist ex-prisoner community. Today it is the sentiment behind the ongoing flag protests, the protest camp at Twaddlle Avenue, and the above mentioned riot this week which broke out when Loyalists attempted to storm police barricades blocking them from marching past a Catholic area.

It is reflected in the statement released by the Orange Order in advance of Twelfth of July celebrations which I wrote about last week, in which they decried the intolerance of Republicans and the “petty restrictions” imposed by the state on their right to march and parade where and when they wish, despite any objections from residents.

It is reflected in the tweets of self-described anti-agreement Loyalist provocateur Jamie Bryson claiming persecution and a war waged by police and Parades Commission against the PUL (Protestant/Unionist/Loyalist) people.

A recent unpublished study by a group of researchers from Queens University suggests that the flag and other protests stem from working class Loyalists’ feelings of economic and social dispossession, paranoid siege mentality, a belief that their avenues of expression are being systematically closed off, and that they are being manipulated and exploited by the system.

Others (such as doctoral student Sophie Long at TPQ) have written much more eloquently about the state of Loyalism than I can.  And it remains to be seen if this new armed group will amount to anything more than empty posturing.

But from where I sit, and based on what I’ve seen, the people I’ve met, and conversations I’ve had, when I think about future threats to the peace in Northern Ireland, I am much more concerned about the alienation of Loyalists than I am the ambitions of dissident Republicans. 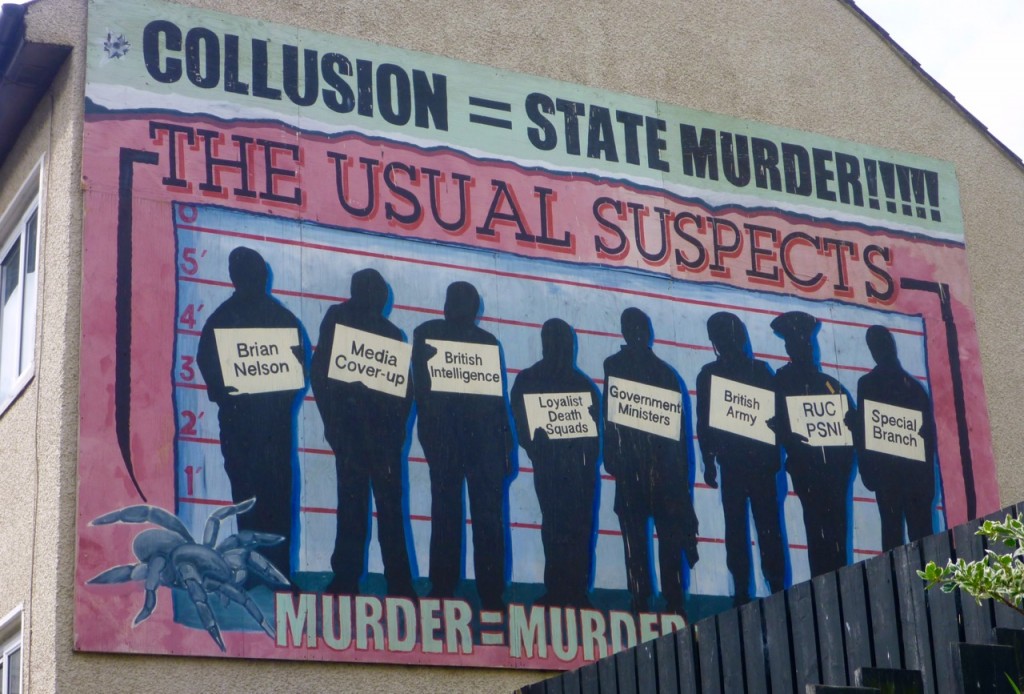