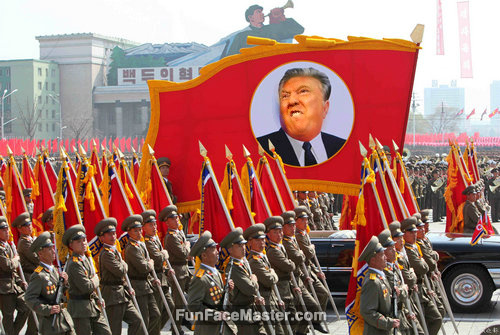 It’s been a helluva week. The government briefly shut down (again) overnight before a final spending deal was reached. A top White House aide resigned (reluctantly) in the face of accusations that he was a serial wife abuser. The stock market plunged. A giant rocket lifted an electric car into space. 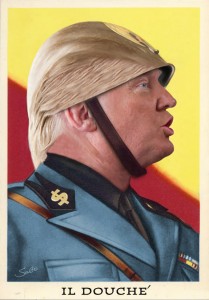 And President Trump wants a North Korea-style military parade. This isn’t the first time. He wanted one as part of his inaugural, but those dreams were dashed.

But now he’s directed the Pentagon to start planning one for him. It’s the sort of order from the commander-in-chief that brings out the visually clever Trump-as-tinpot-dictator memes.

**Editor’s Note — In fact, you could rightly surmise that the entire point of this post is to use as many of those as I could squeeze in.**

More precisely, the president wants a French-style military parade, having seen the annual Bastille Day spectacle in Paris last year, by all accounts thoroughly enjoying it, and with childlike enthusiasm, wanting one of his own:

Trump was awestruck by the tableau of uniformed French troops marching down Avenue des Champs-Elysees with military tanks, armored vehicles, gun trucks and carriers — complete with fighter jets flying over the Arc de Triomphe and painting the sky with streaks of blue, white and red smoke for the colors of the French flag.

Aboard Air Force One en route home from Paris in July, aides said Trump told them that he was dazzled by the French display and that he wanted one at home.

While the idea does have its defenders, not everyone shares the president’s enthusiasm for the idea of rolling American military hardware down Pennsylvania Avenue. And by not everyone, I mean a wide spectrum of Democrats, Republicans, veterans, and even his Fox News cheering section:

If the military community’s rejection of the parade isn’t enough to dissuade Trump, well, even “Fox & Friends” host Brian Kilmeade said the parade “seems like a waste of money.” And Fox News anchor Shepard Smith separately mocked the idea of a parade.

“He could go see the tanks at a military base if he wanted to,” Smith said. “Or they could give him replicas. Little mini replicas. I mean, he wants to see what he has. I had some of those when I was a kid.”

I disagree though. I think President Trump should have his parade. As long as it looks this: 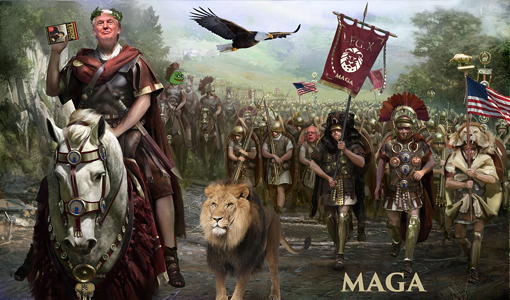