Today, four years of negotiations will culminate today in the signing of a peace agreement between the government of Colombia and the FARC, the Revolutionary Armed Forces of Colombia, ending 52 years of brutal conflict which left more than a quarter million people dead.

Assuming the agreement is ratified in a public referendum in early October, and most signs indicate that it will pass easily, the FARC will hand over its weapons to UN inspectors and transform itself into a political party. This agreement effectively ends Latin America’s longest running insurgency, one that featured kidnappings and urban terrorism (like the bombing noted below) alongside guerrilla warfare.

A homemade bomb went off over the weekend in the Chelsea neighborhood of Manhattan, injuring 29 people, and a second was found nearby. Meanwhile five pipe bombs were found near a train station in Elizabeth, N.J. The FBI has identified a suspect and a search is under way.

If this seems particularly troubling, it might be useful to put the weekend’s effects in some historical context. I will try to write a longer post about this later today, but here’s a tiny little slice.

In short, and as with most things terrorism-related, we’ve been there before.

And now on to this week’s history: 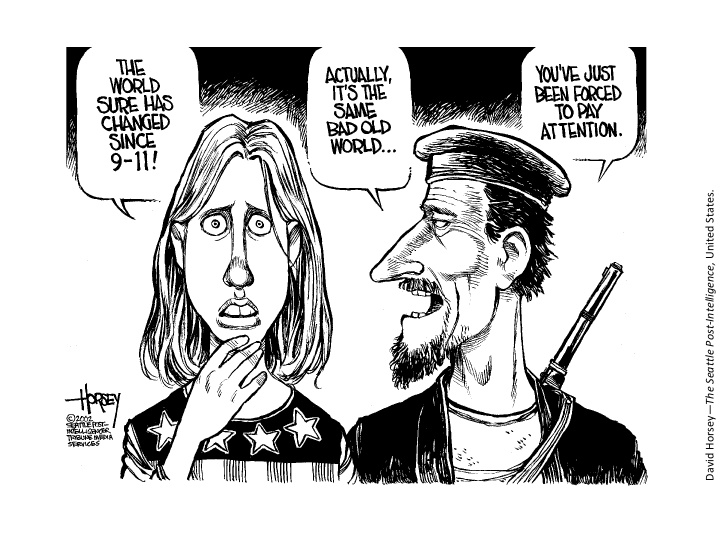 One of the points that I try to impress upon my students when I teach my course on terrorism is that, as a form of political action, terrorism has been around for far longer than our current post-9/11 awareness would lead most Americans to acknowledge.

With that class set to begin again next week, I am launching a weekly feature here at the blog highlighting some of this history. The information will mostly be taken from the National Counterterrorism Center’s 2016 counterterrorism calendar. Because I have a long-standing interest in political violence in Northern Ireland, I will occasionally add events or incidents taken from the chronology maintained by CAIN project at the University of Ulster. Given the primary source, it is important to acknowledge some built-in biases that can be seen in the events reported by the NCTC:

First, there is an automatic tilt toward recounting incidents targeting either the United States, US citizens, or US allies.

Second, there is a tendency to focus on incidents perpetrated by groups whose ideologies and motivations are seen as currently threatening to the United States, or by groups that have some kind of historical connection to present security challenges facing the US. Together, these first two biases mean that there is an overrepresentation on the calendar of post-9/11 attacks perpetrated by groups espousing an Islamist ideology.

Third, there is a tendency to emphasize acts of transnational terrorism targeting the US or US interests over acts of domestic terrorism within the United States that lack some sort of transnational link, either ideological or material. This despite the reality that the vast majority of terrorist incidents the United States has suffered historically, and the primary threat of terrorism confronting the US today, comes from domestic groups, mainly but not exclusively, on the far right of the political spectrum.

Finally, when there are multiple incidents for any given date, I will try to choose examples that run counter to the biases discussed above to show some the wider geographical, ideological, or operational diversity that we see when we consider terrorism as a global phenomenon.

Despite all these caveats, there is value in keeping in mind the reality that as much as Americans might think that terrorism is a new phenomenon, or tend to see ourselves as uniquely at risk, terrorism has been with us for a very long time, and there are countries that have faced far worse than we face today.

With all that in mind, here we go.