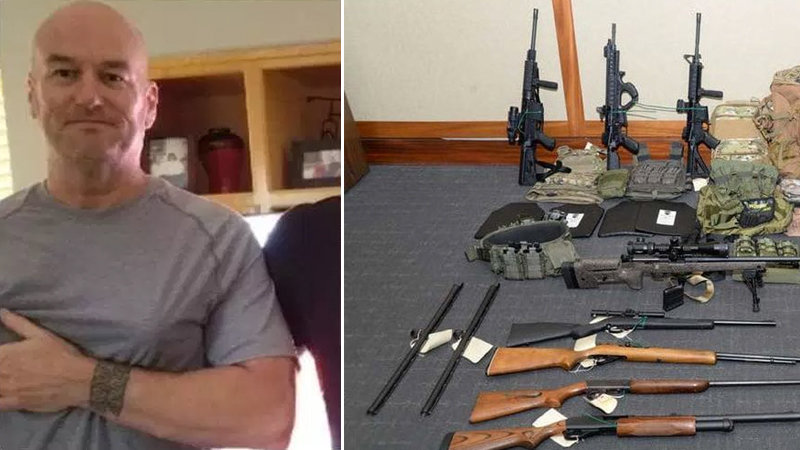 Nearly lost in the daily deluge of news last week (and almost forgotten already) was the report that an active-duty Coast Guard officer, Christopher Hasson, had been arrested for plotting “to murder innocent civilians on a scale rarely seen in this country.” The federal prosecutors’ motion to hold Hasson in prison pending trial minced no words:

The defendant is a domestic terrorist, bent on committing acts dangerous to human life that are intended to affect government conduct.

Rarely do we get to see an example of a case that so clearly fits with the logic of terrorism that academics have long written about and that we try to help our students understand. I want to walk through a little bit of that here, but before I do, let me dispense with two immediate points:

Prosecutors’ motion to hold Hasson pending trial (the judge in the case ordered him held without bail for 14 days, pending further charges) contains evidence that cuts right to the larger question of the logic behind terrorism. With Hasson, as with all terrorists, the issue isn’t that he holds extreme political views and espouses extreme political objectives, but that he believes these objectives can only be accomplished through violence.

As leading scholars of terrorism like Bruce Hoffman and Martha Crenshaw have long argued, terrorists are often driven by a powerful sense of impatience, that the concerns that motive them are so dire and pressing that there is no time to wait for the slow processes of normal politics to play out. The terrorist cannot sit and wait for the ideas that motivate him to take hold among the wider population.

In making this point, Hoffman and others have drawn on the writings of 19th century Italian revolutionary Carlo Pisacane and his theory of “propaganda by deed.” Hoffman summarizes it this way:

“The propaganda of the idea is a chimera,” Pisacane wrote. “Ideas result from deeds, not the latter from the former, and the people will not be free when they are educated, but educated when they are free.” Violence, he argued, was necessary not only to draw attention to or generate publicity for a cause, but also to inform, educate, and ultimately, rally the masses behind the revolution.

In a draft email (the misspellings, abbreviations, and strange syntax are in the original) recovered from his workplace computer, Hasson points to the necessity of violence to awaken white America to his cause (emphasis mine):

Liberalist/globalist ideology is destroying traditional peoples esp white. No way to counteract without violence. It should push for more crack down bringing more people to our side. Much blood will have to be spilled to get whitey off the couch.

In September 2017, Hasson wrote a letter to leading neo-Nazi leader Harold Covington, who had called for the establishment of a white ethnostate in the Pacific Northwest. In that letter, also recovered from his workplace computer, Hasson argued that Covington’s dream of a establishing a white homeland in America could not be achieved without violence (emphasis mine):

I never saw a reason for mass protest or wearing uniforms marching around provoking people with swastikas etc. I was and am a man of action you cannot change minds protesting like that. however you can make change with a little focused violence. … We need a white homeland as Europe seems lost. How long can we hold out there and prevent niggerization of the Northwest until whites wake up on their own or are forcibly made to make a decision whether to roll over and die or to stand up remains to be seen. But I know a few younger ones that are tired of waiting …

The scholar Ted Gurr, in a classic discussion of terrorism in democracies, wrote that terrorism can emerge when activists with extreme political views lose patience with conventional politics and therefore look for new tactics that will have greater impact. Tactics like terrorism.