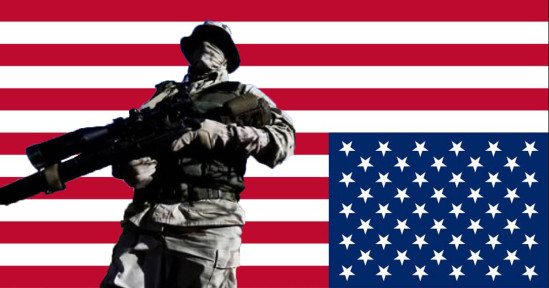 I started writing this blog in February 2015. Three months later, in May, I wrote these words:

1) Not all terrorists are foreigners.

2) Not all religious terrorists are Muslims.

I have now written some variation of this formula nearly 30 times over the last four-and-a-half years. To reiterate the point:

The typical face of terrorism in America belongs to an angry, right-wing, middle-aged, white man.

In May 2015 I was writing about the death of Neal Horsley, who called for the murder of abortion doctors and clinic workers in the name of protecting the unborn.

A year ago, when I last updated this post, I was writing about, and the nation was mourning, the lives taken by anti-semite Robert Bowers, who slaughtered 11 worshippers at the Tree of Life synagogue in Pittsburgh.

According to his social media posts, Bowers’ attack was motivated by a toxic combination of white supremacy, hatred for Jews, anti-refugee animus, and a belief that the U.S. government was doing too little to stop the migrant “caravan” making its slow way from Honduras, through Mexico, toward our southern border.

The week before, I was writing, and the nation was talking, about Cesar Sayoc, who over the course of a week mailed more than a dozen pipe bombs to prominent Democrats and liberal activists, all of whom shared the common characteristic of having been publicly named by President Donald Trump as enemies of himself, his agenda, or both. Sayoc was subsequently arrested. His social media, and the van he was living in, was literally covered with images and language dripping with pro-Trump, anti-Democrat, anti-media bile.

When I updated it a week ago, it was in response to a draft Department of Homeland Security 2020 threat assessment which declares “[W]e judge that white supremacist extremists … will remain the most persistent and lethal threat to the Homeland through 2021.” But this revelation is buried deep in the report, on p.27, despite having been prominently featured as a key judgement appearing on p.5 of an earlier version.

Why was it removed from the key judgements and buried? According to a DHS whistleblower complaint, the senior official tasked with preparing the report was ordered to “modify the section on White Supremacy in a manner that made the threat appear less severe, as well as include information on the prominence of violent ‘left-wing’ groups.”

Why was order to downplay the threat of white supremacists and highlight left-wing groups made, despite the report’s lack of data supporting that threat? According to the complaint, it was to ensure the intelligence assessments “matched up with the public comments by President Trump …”

This update comes on the heels of a terrorist plot to kidnap and likely kill Michigan Gov. Gretchen Whitmer. The conspirators, according to the FBI and Michigan State Police, were members of right-wing militia groups.

I could tell you that in 2019 fully 90 percent of the murders carried out by political extremists in the United States were perpetrated by right-wing extremists. This includes a mass shooting by a white supremacist at a Walmart in El Paso which killed 22 and wounded another 24. To this day it remains the deadliest attack in modern times against the Hispanic community in the US.

I could ask you to guess how many people were killed by homegrown violent Islamist extremists in 2019? But that number would be zero.

Instead, I’m going to give you what amounts to a digest of all of the writing I’ve done in this space on the reality of right-wing terrorism in the United States. The digest is presented chronological order, so if you want to read the most recent pieces, just head to the bottom of the list.

And here’s a reminder. You can lie to yourself all you want that the main threat of terrorism comes from refugees, or immigrants, or foreigners.

The truth is a lot harder to face.

Liberalist/globalist ideology is destroying traditional peoples esp white. No way to counteract without violence. It should push for more crack down bringing more people to our side. Much blood will have to be spilled to get whitey off the couch.“

What they were planning were acts of terrorism.

So what do we call them, militia members or terrorists?”