Fears that far-right groups had infiltrated the US military have been around for years. In 2008 the Southern Poverty Law Center reported that white supremacist leaders were making aggressive efforts to recruit active-duty soldiers and recent combat veterans of the wars in Iraq and Afghanistan.

Two years earlier SPLC warned that white supremacist and neo-Nazi groups were taking advantage of lowered recruiting standards to infiltrate their members into the armed forces. They could then apply their weapons and combat training to the inevitable racial holy war to come.

This background is one reason why, after the deadly violence in Charlottesville, VA, and President Trump’s less than full-throated denunciation of the neo-Nazis and white supremacists responsible, the chiefs of the four service branches came out publicly to condemn racism and extremism.

They spoke out for good reason. As Andrew Exum, former Army Ranger and now a respected national security analyst pointed out at The Atlantic, we’ve been there before:

[T}he U.S. military has long struggled with hate groups—and specifically white supremacists—in its ranks. White supremacist groups and their sympathizers were especially present in the ranks of the U.S. Army’s combat arms units and the U.S. Marine Corps in the 1980s and 1990s.

In 1986, an exasperated Secretary of Defense, Caspar Weinberger, ordered the military to crack down on these groups, and another purge was ordered after U.S. Army veteran Timothy McVeigh planted a bomb that almost leveled the Oklahoma City federal building in 1995, killing 168 people. 1995 was the same year a paratrooper from the Army’s 82d Airborne Division murdered a black couple outside Fort Bragg. …

The military’s service chiefs are among the last men in the U.S. military who still remember those bad old days in the 1980s and 1990s. They are proud of the way they have largely purged the ranks of extremists and want to keep it that way.

But this is the first time I can recall these concerns coming from within the ranks of active-duty troops rather than the top brass. The poll conducted by Military Times lays out the basis for these fears in stark detail:

Concerns about white nationalist groups were more pronounced among minorities in the ranks. Nearly 42 percent of non-white troops who responded to the survey said they have personally experienced examples of white nationalism in the military, versus about 18 percent of white service members.

When asked whether white nationalists pose a threat to national security, 30 percent of respondents labeled it a significant danger, more than many international hot spots, like Syria (27 percent), Pakistan (25 percent), Afghanistan (22 percent) and Iraq (17 percent).

But a notable number of poll participants also bristled at the assertion that white power ideology is a real problem.

Nearly five percent of those polled left comments complaining that groups like Black Lives Matter — whose stated goal is to raise awareness of violence and discrimination towards black people — weren’t included among the options for threats to national security.

Back in 2009, the Department of Homeland Security’s Office of Intelligence and Analysis released a report on right-wing extremism, pointing to an economic and political climate that was fueling a resurgence in radicalization and recruiting. Of particular concern to DHS were disgruntled military veterans:

(U//FOUO) DHS/I&A assesses that rightwing extremists will attempt to recruit and radicalize returning veterans in order to exploit their skills and knowledge derived from military training and combat. These skills and knowledge have the potential to boost the capabilities of extremists—including lone wolves or small terrorist cells—to carry out violence. The willingness of a small percentage of military personnel to join extremist groups during the 1990s because they were disgruntled, disillusioned, or suffering from the psychological effects of war is being replicated today.

— (U) After Operation Desert Shield/Storm in 1990-1991, some returning military veterans—including Timothy McVeigh—joined or associated with rightwing extremist groups.

— (U) A prominent civil rights organization reported in 2006 that “large numbers of potentially violent neo-Nazis, skinheads, and other white supremacists are now learning the art of warfare in the [U.S.] armed forces.”

— (U//LES) The FBI noted in a 2008 report on the white supremacist movement that some returning military veterans from the wars in Iraq and Afghanistan have joined extremist groups.

And two years earlier, in 2007, in assessing the potential for white supremacists or other far-right groups to adopt suicide terrorism, the FBI warned of the possibility of extremist US military personnel bringing those methods back home having seen their effectiveness in Iraq and Afghanistan.

With another large gathering of white supremacists, pitched as a “White Lives Matter” rally, planned for this weekend in Tennessee, it’s worth keeping in mind something I’ve been arguing almost since I began writing this blog.

If you want to know where the real terrorism threats to this country lie, look first at the denizens of the white nationalist, white supremacist, anti-government, far right. Including those profaning the uniform of the United States of America.

Who were those “very fine people” that President Trump chose to defend in his unhinged press conference Tuesday marching alongside in Charlottesville last Saturday?

Here, courtesy of the Southern Poverty Law Center, is a quick overview of the people and groups the president can’t bring himself to denounce:

These are just some of the leading figures on the American racist and neo-Nazi far right who took part in the events in Charlottesville. The hundreds marching with torches and literally chanting Nazi slogans Friday night, and then filling the streets Saturday with their shields, helmets, and clubs were drawn from a wide range of neo-Nazi, white nationalist, white separatist, and white supremacist groups, including these:

So let me ask you the question that someone ought to ask President Trump: What kind of “very fine people” do you know who would have marched alongside this crowd?

To decipher the symbols in the Unite the Right rally poster at the top of this post, I again turn to the SPLC. From left to right, the groups represented are: (K) “Kekistani,” (AC) “Anti-Communist,” (L) “Libertarian,” (N) “Nationalist,” (I) “Identitarian/Identity Evropa,” (SN) “Southern Nationalist,” (NS) “National Socialist,” and (AR) “Alt Right.” The National Socialist flags depicted include Traditionalist Worker Party and Vanguard America. 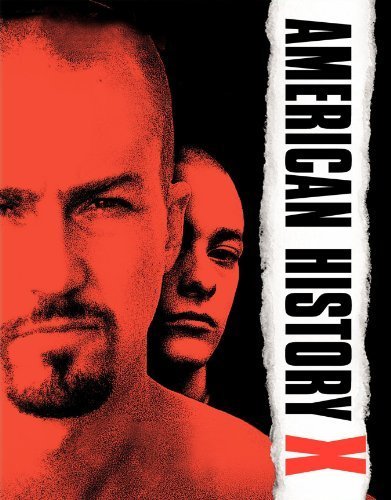 I first posted this almost exactly two years ago, Sept. 15, 2015. I am heartbroken that what we saw in the early days of Donald Trump’s campaign for the White House has come to deadly fruition only eight months into his presidency.

I never want to feel compelled to post this again. 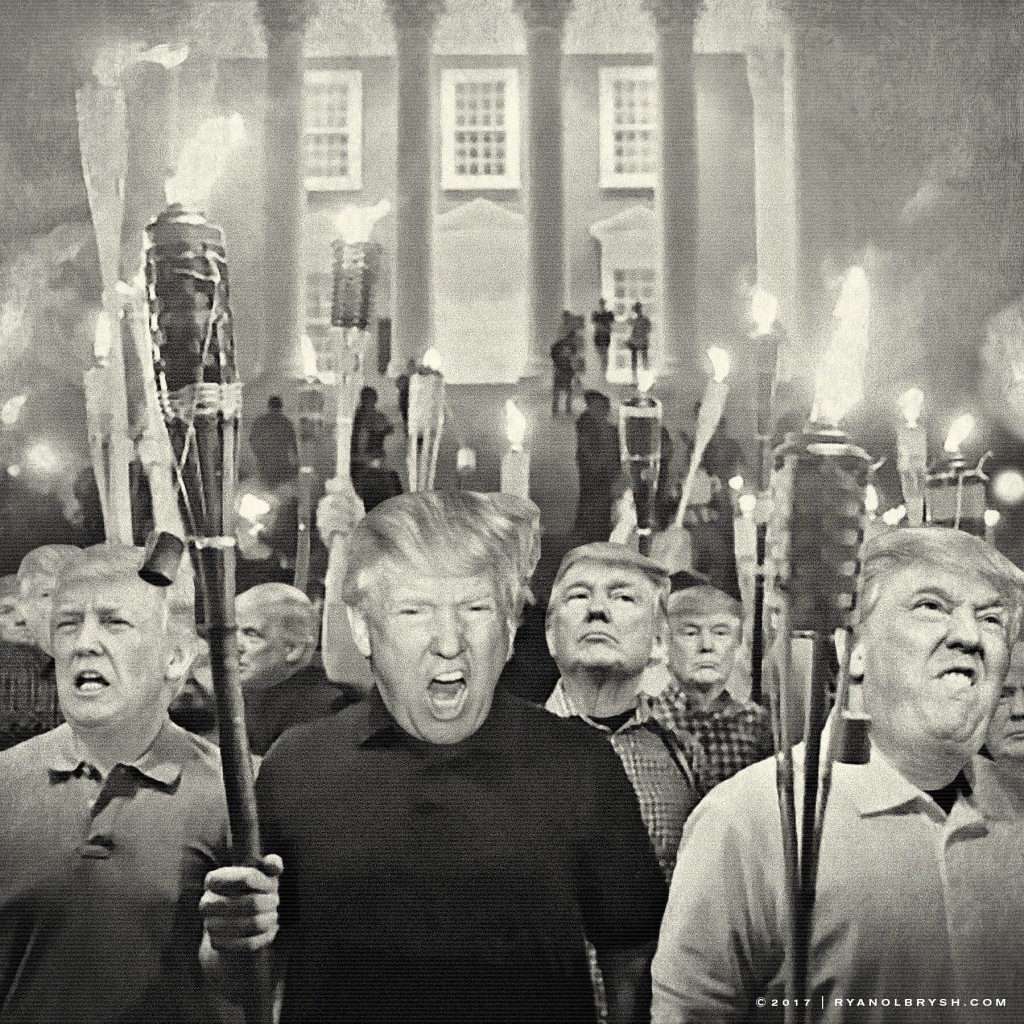